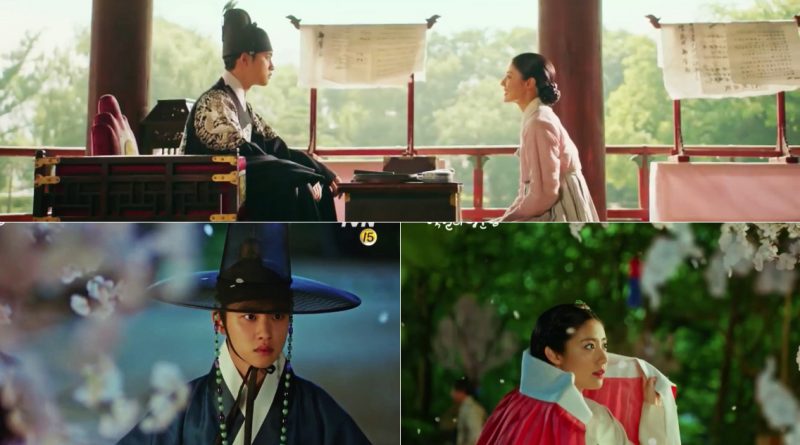 The teaser for drama ‘Hundred Days Husband’ has been released. The brief meeting between the fantasy filled story matched with Joseon Dynasty raised the viewers expectation on the love story of this historical drama that will air this fall.

‘Hundred Days Husband’ is tvN’s newest historical drama were Do Kyung Soo will play the role of Won Deuk and he has captured the viewers attention by turning into a prince named Lee Yool while Nam Ji Hyun will play the female lead role named Hong Shim. With the background of Joseon dynasty, this drama has captured a lot of viewers heart as it expected to show off a refreshing and fun romantic comedy to keep the viewers entertained.

The video teaser of this drama that was released yesterday unveiled the prince Lee Yook who was seen standing under the blooming cherry blossom tree. The brief meeting between him and Hong Shim who were seen wearing a cape made of silk gives a sign of the beginning of their fate.

In the teaser, the character of the prince is full of charms and very eye catchy as the transformation is looking perfect since the first teaser was released. Do Kyung Soo showed a various expression as detail and intense as he could to show the appearance of a crown price. Especially, this drama has given off quiet an impact to the viewers through the sentences at the end of its teaser “I am the crown prince of this country, Lee Yool’ as he shows his charms.

‘Hundred Days Husband’ is set to air for the first time in 10th of September at 9.30pm local time to replace ‘Let’s Eat:3’.