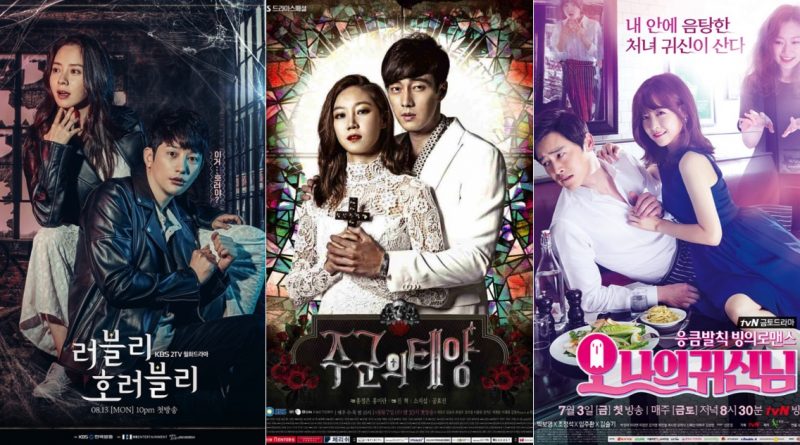 ‘Lovely Horribly’ is expected to entertain the viewers through the lovely love story along with a pinch of romance and a horror.

‘Lovely Horribly’ is a romantic comedy drama that tells a story of a various strange things that happened when a man and a woman mate and shared their fate as they met as a top star Philip (Park Shi Hoo) and the drama writer Eul Soon (Song Ji Hyo). The love story between a man and a woman who was trapped in between chance and fate along with a pinch of horror that will make their love story more colorful has captured the viewers attention.

Philip who was born on the same time as the scriptwriter Eul Soon have completely different fate, one of them is a very lucky person meanwhile the other one is unfortunate just like the zero Sum law. After become successful as the best actor and at the peak of his career overseas, Philip was hit by his unfortunate fate when he turned into his golden age and he will be involved with Eul Soon. The two of them will share their fate together and will go through various strange and mysterious thing that gives off a laughter to the viewers.

‘Lovely Horribly’ reminded us of a few dramas such as SBS ‘Master’s Sun’(2013) and tvN ‘Oh My Ghost’ which were really popular in the summer. The title of this drama is actually depict the luckiness of the main lead and the unlucky fortune of the female lead.

‘Master’s Sun’ has the highest viewers rating for about 21.8% which So Ji Sub and Gong Hyo Jin were starred in meanwhile ‘Oh My Ghost’ recorded 7.3% which is starred by Jo Jung Suk and Park Bo young. The two drama has a completely different quality but perfect nonetheless especially from the viewers rating aspect.

Meanwhile, ‘Lovely Horribly’ will air for the first time in 13th of August at 10pm local time.