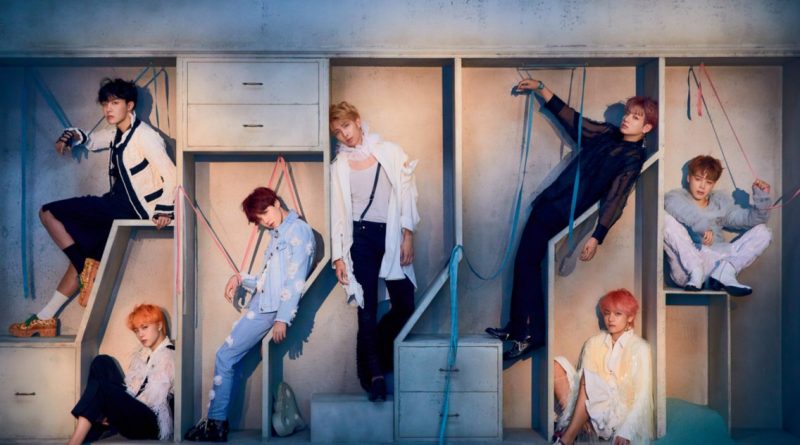 BTS has released the concept photos version S and E of their album ‘Love Yourself Answer’ through their media social and their official web in 14th of August.

The S version showed a picture of BTS wearing a colorful clothes and they were staring at the camera with an intense stare and full of charisma. The bloody red background which is very contrast to them has caught he fans attention.

Unlike the S version, the E version gives off a different atmosphere and impression that is smooth and mysterious at the same time. The members are staring at the camera as they leaned against the closet or sitting inside the closet.

Meanwhile, the repackage album of BTS will be released in 24th of August.