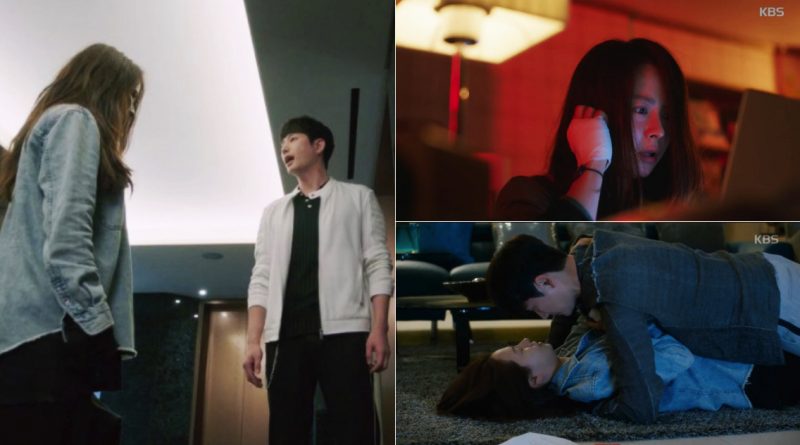 The 3rd and 4th inning of KBS drama ‘Lovely Horribly’ that aired in 14th of August showed various strange and mysterious things that surrounding the icon of luck Yoo Philip and the icon of bad luck Eul Soon.

Things were going according to the script that Eul Soon wrote (Song Ji Hyo) which at the the landslide. Philip who was stuck in the car tried to make an escape but it turned out that the situation worsened. When Philip was already predicted that he will die, Eul Soo dramatically appeared and saved Philip’s life as the two shared fate become even stronger.

Lee Sung Jung (Le Gi Kwang) who has found out that Eul Soon is the original writer of ‘A Ghost Love Story’, he decided to work on the drama along with Eul Soon. Philip and Eul Soon finally met to talk about the script. But Philip coldly rejected Eul Soon because he thought Eul Soon wrote everything based on the news from the fire accident 8 years ago to the landslide accident. But then he met Eul Soon again after he was being pushed by some unknown power.

The fate of the two of them are shared through the various strange things that happened. The bad luck keeps surrounding Philip until he even got cancelled from the cast of the Hollywood movie and Eul Soon started to write her script perfectly as she got herself possessed by a mysterious song. Because she couldn’t let go of her chance to waste, Eul Soon went to Philip’s house to persuade him and Philip was stuck in a chair because he wanted to took the last page of the script that flew off. Philip started to asked for Eul Soon’s help that gives off a sign of the beginning of romance between the two of them.

The two of them realized the power of Eul Soon in writing script of ‘A Ghost Love Story’ after noticing various things that happened just like in the written script. The mysterious woman in her white dress also keeps appearing that adds the mystery. The chemistry between Eul Soon and Philip also successfully entertained the viewers and gives them laughter.

March 12, 2018 Tri Comments Off on 5 Best Korean Lip Tints That You Should Try
DRAMA Rank&Talk