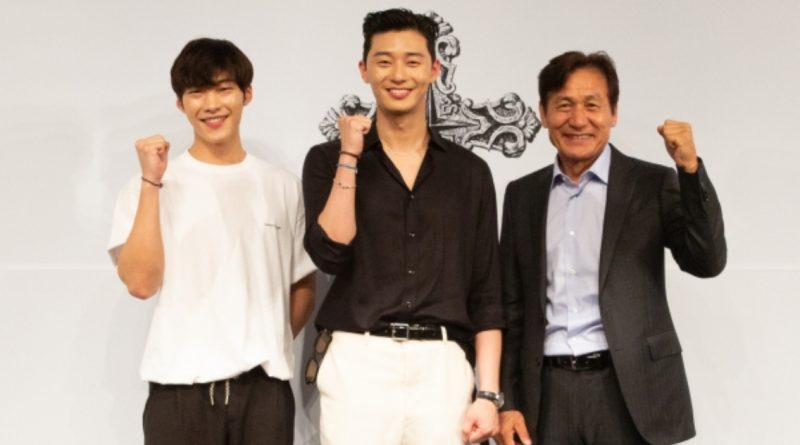 The next movie from the PD Kim Joo Hwan entitled ‘Lion: The Divine Fury’ has finalized all the cast including the actor Park Seo Joon, Ahn Sung Gi, and Woo Do Hwan and has started filming for the first time in august 14th.

PD Kim Joo Hwan and Park Seo Joon who has successfully dominated the main theater last summer with the combination of energy, comical and charms in the movie ‘Midnight Runners’ that recorded a total 5.65 million viewers and now they’re working together again to prepare the movie ‘Lion: The Divine Fury’.

‘Lion: The Divine Fury’ Tells a story of Yong Hu (Park Seo Joon) a champion in martial arts who lost his father and then later met the priest Ahn (Ahn Sung Gi), a priest who put his life on the line to fight against the evil spirit.

Park Seo Joon, Ahn Sung Gi and Woo Do Hwan are the line-up of Korean actors that are full of energy as they’ve started filming for the first time.

Park Seo Joon has played various main characters and has showed his ability through the movie ‘Midnight Runners’, ‘Youn’s Kitchen 2’ and tvN drama ‘Why Secretary’ who is successfully recorded the highest viewers rating.

Yong Hu, the martial art champion who has distrust and hatred towards the world after he witnessed his father died in an accident when he was a child will meet the priest Ahn that will heal his wounds as they two of them join forces to face the unexpected situations.

The role of priest Ahn will be played by Ahn Sung Gi, a Korean actor who is popular through his acting ability and his appearances in various movies.

Actor Woo Do Hwan who received a lot of attention after leaving the strong impression through the drama ‘Save Me’, ‘Mad Dog’ also the movie ‘Master’ will play the secret role of a man who can make use of his enemy’s weakness as his weapon.