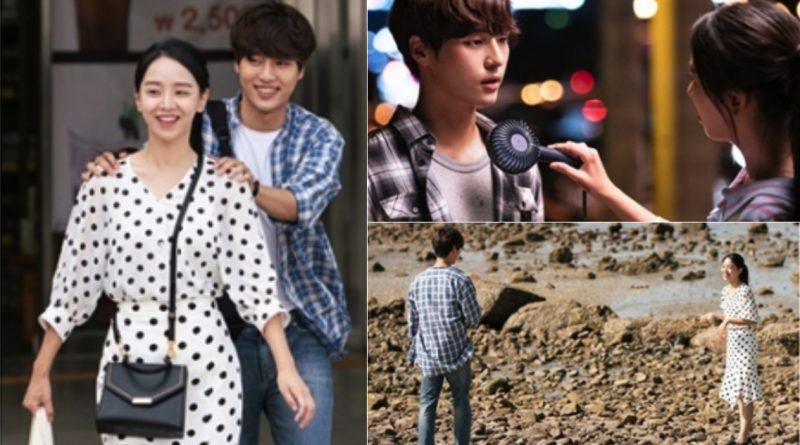 The SBS drama that airs every Monday and Tuesday ‘Thirty but Seventeen’ unveiled the picture of Shin Hye Sun and Yang Se Jong who made this drama become really popular.

In the behind-cut pictures that were released showed Shin Hye Sun and Yang Se jong who are friendly to each other and lovely as much as they are in the drama. The friendly atmosphere between them are still there even behind the cameras. Especially when Shin Hye Sun was seen holding the fan to cool off Yang Se Jong under the hot weather that captured the viewers attention.

Meanwhile, in the 15th and 16th inning of this drama, Seo RI and Woo Jin told each other their past that made the viewers excited. Woo Jin has started to feel something for Seo Ri as he started to open up to her which created rather stronger pink atmosphere between the two of them everyday. But in the end of the 16th inning, Woo Jin’s sister which is a mother of Chan suddenly returned home and was surprised to see Seo ri in her house that created a question on will the life of this family could continue peacefully.

The SBS drama ‘Thirty but Seventeen’ will not air in 20th of August because of the live broadcast of 2018 Jakarta Asian Games and the 17th and 18th innings will air in 21st of August at 10.30 pm local time.