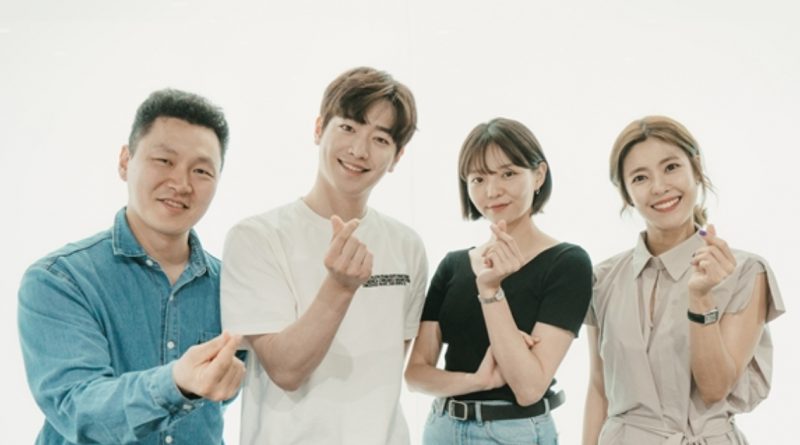 The new JTBC drama ‘The Third Charm’ unveiled the scenes of its first script reading with actor Seo Kang Joon and actress Esom.

‘The Third Charm’ is a drama that tells a unique love story between a man named Lee Young Jae (Esom) and a man named On Joon Young (Seo Kang Joon) who have fallen in love with each other through their third charm despite their differences.

Seo Kang Joon will transform drastically to a sensitive and two dimensional man who is very innocent and a neat freak in his 20s. he is also a model student in the campus. Lee Young Jae will be played by Esom and she is a woman with full of story in her life and a careless personality but then later she will gain her confidence to love. Seo Kang Joon and Esom will show the innocent and lovely love story of a young man and woman in their 20s.

Meanwhile, ‘The Third Charm’ is set to air in JTBC in September to follow up ‘My ID is Gangnam Beauty’.

November 19, 2017 Ria Comments Off on Kang Haneul’s Presence in Movie Promotion ‘Forgotten’ Was Replaced by His Standing Banner
STAR VIDEO

November 12, 2017 Ria Comments Off on Lee Yeon Hee’s Charms in ‘The Package’ Just Like A Real Tour Guide
MOVIE VIDEO