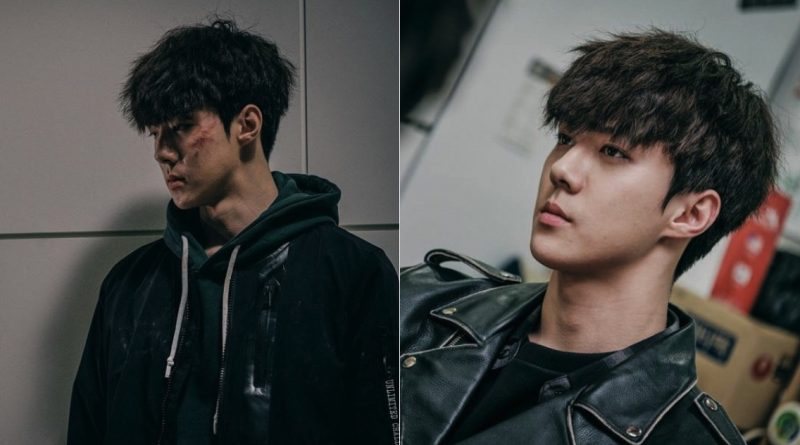 ‘Dokgo Rewind’ will hit the cinema in September 7th.

‘Dokgo Rewind’ is a movie that was adapted from Webtoon with the same title that has reached more than 5 million views in a week that tells a story of three men who has a differnet life but join forces to fight again the violence that happened in the school.

Sehun will play the main lead named Kang Hyuk in ‘Dokgo Rewind’ which is a tough fighter who can’t stay still when he saw someone is being bullied. He is an interesting man with loyalty and justice. Now the attention is focusing on how Sehun who is known for his charisma and appearances on stage will change himself to the role of Kang Hyuk with the masculine charm.

In the the released still cuts, Sehun was seen standing alone with his dirty clothes. His face is full with scars and blood as his gaze is deep and full with sadness and mystery and also the tough charisma that has never seen before.

The movie ‘Dokgo Rewind’ will be available in Kakaopage in September 9th.