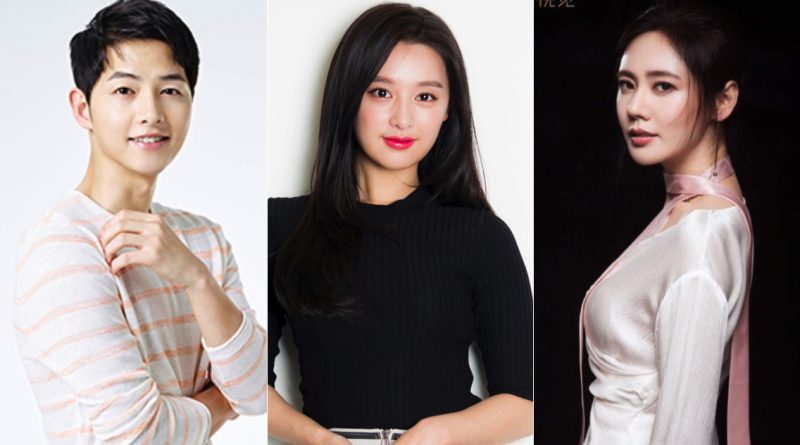 The drama ‘The Chronicle of Aseudal’ slowly has opened its veil about its production. Follow up by the greatest line up Song Joong Ki, Kim Ji Won and Jang Dong Gun who will become the main lead, Choo Ja hyun also has confirmed her special appearances in this drama that made this drama hot already.

The new tvN drama ‘The Chronicle of Aseudal’ is a fantasy drama that tells a story and history of an ancient human and the civilization of an ancient city named Aseudal. Kim Won Suk, the director of famous drama such as ‘Signal’ and ‘My Ahjussi’ has join forces with scriptwriters Kim Young Hun and Park Sang Yeon that has been known for their works such as ‘Queen of Seondok’ and ‘Deep Rooted Tree’.

The line up of the main lead of ‘The Chronicle of Aseudal’ is also breathtaking. Starting from Song Joong Ki, Kim Ji Won, Jang Dong Gun and also the others actors. Song Joong Ki who got married to actress Song Hye Kyo is now returning through ‘The Chronicle of Aseudal’ after 2 years of absence since drama KBS ‘Descendant of the sun’. Kim Ji Won also joined the cast after successful with her KBS drama ‘Fight for my Way’. Song Joong Ki and Kim Ji Won has worked together in ‘Descendant of the sun’ and they will finally reunite again that captured the attention.

Meanwhile this drama is till a pre-production drama and recently just held its first script reading. Drama ‘The Chronicle of Aseudal’ will start its filming as soon as the line up is completed and it is set to air in the early of 2019.