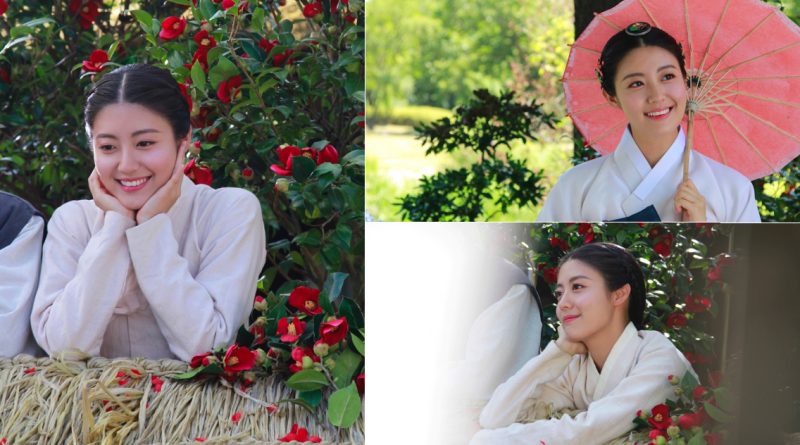 The behind-cut pictures of Nam Ji hyun who was smiling has been revealed.

Nam Ji hyun will play the role of the eldest daughter of the noble family in Joseon that is very smart and has a high standard in life. Recently her behind cut of her pictorial for the poster has been released that has risen up the expectation on Nam Ji Hyun’s transformation to her new character.

Nam Ji Hyun was seen completely innocent and pure in the behind cut of the poster pictorial that has captured the public’s attention, especially through her braided her which depict her character, Hong Shim which is the eldest daughter of Song Ju hyun.

Meanwhile, her appearances in her silk gown made the viewers couldn’t take their eyes off her beauty which gives off the atmosphere of elegant and pure beauty that she showed as the daughter of the aristocrat family. Her lovely and dazzling smile shines brightly that made the viewers excited.

The attention is now focusing on how Nam Ji Hyun who has been called as the next ‘Romcom Queen’ depicts the love story of a man and a woman in the set of Joseon Dynasty.

Meanwhile, ‘Hundred Days Husband’ tells a story of a crown prince named Lee Yool (Do Kyung Soo) who will be married to Hong Shim for 100 days.