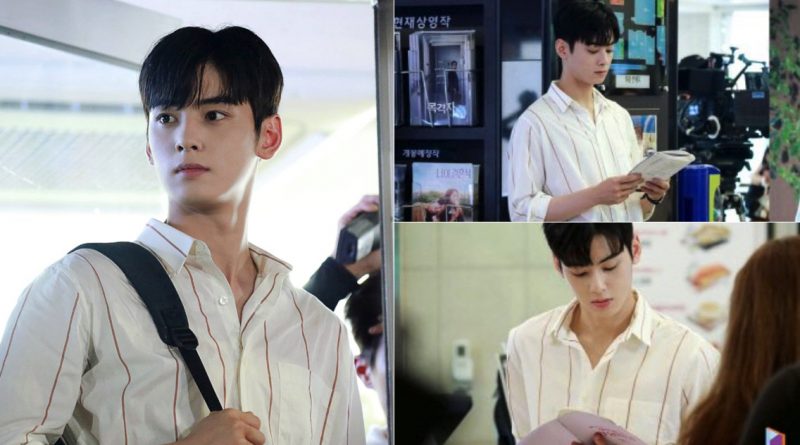 Cha Eun Woo who is currently focus on reading his script has been unveiled.

In the JTBC drama ‘My ID is Gangnam Beauty’ Cha Eun Woo play the role of Do Kyung Suk, a good looking and cold man who is actually very warm, lovely and charming to the person he likes.

In the released pictures, Cha Eun Woo was seen focused and concentrated on his script anywhere and anytime in the filming site. There is even one picture where everyone is currently busy with filming while he just focusing on his script and showing his responsibility as the main lead of this drama.

Do Kyung Suk which is played by Cha Eun Woo is a cold man who has no interest on other people’s or his surrounding but he became warm and gentle to Kang Mi Rae (Im Soo Hyang). His cold appearances and his warm and gentle attitude keep getting the viewers attention on his character.

Meanwhile, in the recent episode, Kyung Suk confessed his feelings to Mi Rae and started to run after Mi Rae’s love. Cha Eun Woo has played his romantic yet cute character perfectly so far and he has successfully made the viewers chest beating out of their hearts by his confession that made the viewers couldn’t help but anticipating the next episode.