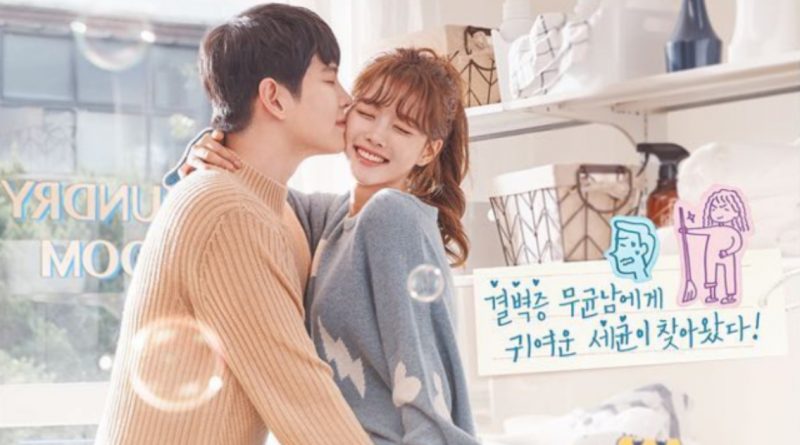 The first poster of the new JTBC drama ‘Clean with Passion for now’ which was adapted from the popular webtoon has been revealed.

The teaser video of drama ‘Clean with Passion for now’ that was released in 28th of October has successfully raising the viewers attention and expectation on this drama even before its first broadcast and the recently-released poster unveiled the sweet romance between Yoon Kyun Sang and Kim Yoo Jung.

The poster that was released before its broadcast showed the romantic atmosphere between Yoon Kyun Sang who is kissing Kim Yoo Jung’s Cheek while she is sitting on top of the washing machine that made the viewers heart warms and throbbed at the same time through their visuals.

Meanwhile, drama JTBC ‘Clean with Passion for now’ will air for the first time in 26th of November at 9.30pm local time to replace ‘The Beauty Inside’.