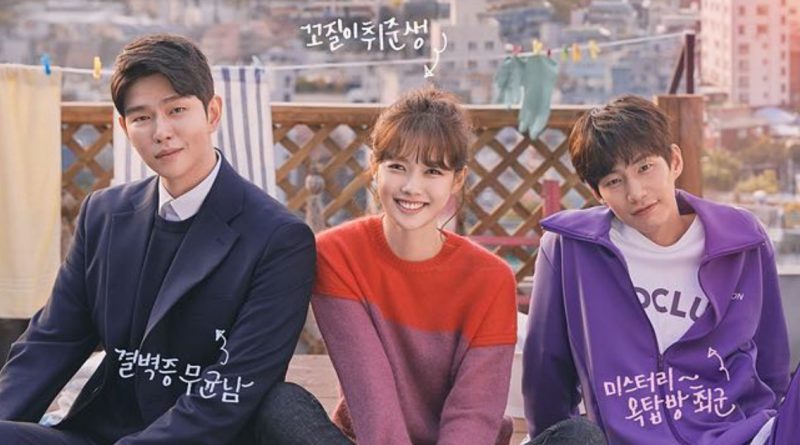 ‘Clean with Passion for now’ has released its main poster that showed the lovely atmosphere between Yoon Kyun Sang, Kim Yoo Jung and Song Jae Rim.

The new JTBC drama ‘Clean with Passion for now’ that will air soon after the drama ‘Beauty Inside’ ended is expected to show a perfect energy and warm atmosphere from the romance between these three young people.

‘Clean with Passion for now’ will tell a story of Jang Sun Kyul, a CEO of a cleaning company who will fall in love with Gil Oh Sol, an ordinary girl who just graduated and full of spirit to work in order to make ends met. This drama was adapted from the popular webtoon with the same title and it has gained a lot of attention since the announcement of its perfect line-up starting from Yoon Kyun Sang, Kim Yoo Jung and also Song Jae Rim.

In the poster, Yoon Kyun Sang, Kim Yoo Jung and Song Jae Rim was seen sitting next to each other with the background of some kind of rooftop that gives off the energy and warm yet refreshing atmosphere. Yoon Kyun Sang was so into his character as the cold looking person with actual warm heart named Jang Sun Kyul and Kim Yoo Jung who played the role of Gil Oh Sol was seen completely fresh and lovely. Song Jae Rim’s smile also showed off a sense of freedom especially through his casual clothes that has caught the viewers attention. Even through their clothes and expression, the viewers are already dead curios on their relationship and were anticipating their charms in the drama ‘Clean with Passion for now’.