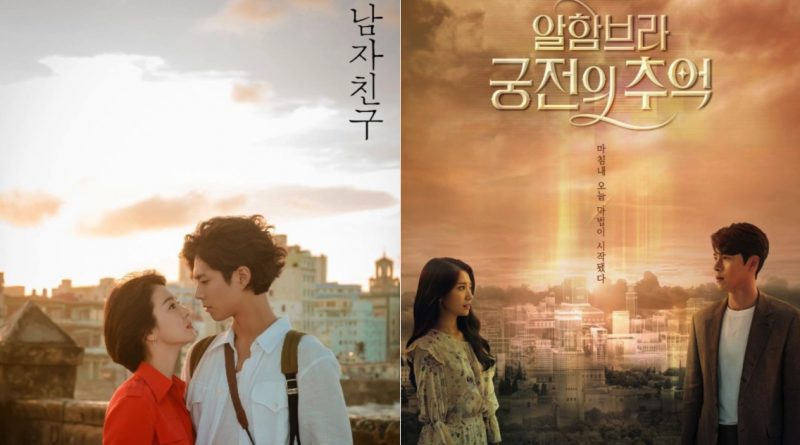 ‘Boyfriend’ has become tvN’s new drama with the highest average viewers rating by 8.7% following ‘Mr.Sunshine’ which is 8.9% and the highest viewers rating among the other dramas. ‘Memories of Alhambra’ which Hyun Bin and Park Shin Hye starred in also successfully took the lead among the other dramas that aired in the weekend with the total rating 7.5% for its first episode. These two masterpieces were also released in the same time by the end of this year.

The viewers expectation on both dramas are indeed high and these two dramas has successfully gained the love and support from the foreign land outside Koea. ‘Boyfriend’ popularity exploded in various foreign country, one of them is in the biggest video digital platform VIU which is the biggest video platform online in Southeast Asia. ‘Boyfriend’ also successfully aired in VIU within 24 hours after its release in Korea.

‘Memories of Alhambra’ which has signed a join force contract with Netflix is capturing the foreign viewers attention with its popularity and now the attention is will this drama be able to gained the world’s attention. It is also said that this drama is ready to air in America and China. Eventhough we couldn’t tell the viewers rating on Netflix because they never unveil the numbers, but this drama has received a lot of compliments and positive reviews in the foreign country trhough its ‘Sci-fi’ genre that is rarely seen in the Korean drama.