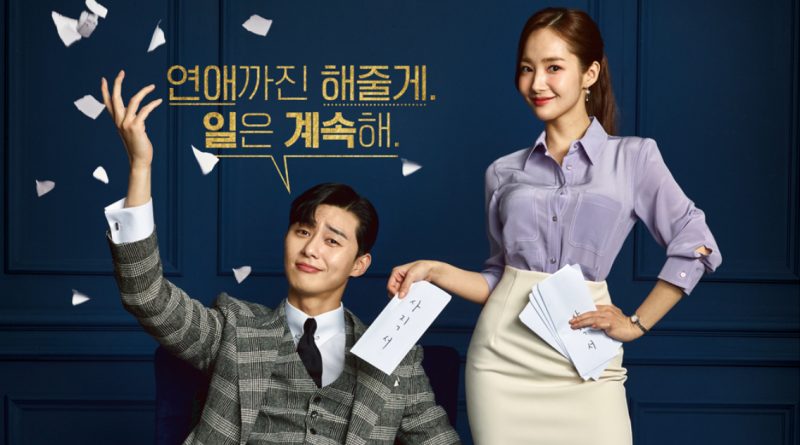 One of the main characteristics in tv drama in 2018 is the dramas that were adapted from webtoon that has become a total trend. Popularities of the drama that was adapter from the webtoon previously was started through the tvN drama ‘Misaeng’ that aired in 2014, then later continued with another popular drama such as KBS ‘Mr.Lawyer Jo’ (2016) and also tvN ‘Cheese in the Trap’ (2017). But of all the dramas that were adapted from the original work of webtoon, which one is actually won the viewers heart the most.

Drama that was adapted from the work of webtoon has getting a lot of love and support from the viewers this year, especially tvN popular drama that ended last July ‘Why Secretary Kim’ which successfully reached the highest rating in its first episode and the total rating of 8.7% among the others drama that made it to number 1.

The perfect combination of Park Seo Joon and Park Min Young also has successfully made the work of PD Park Joon Hwa stole the viewers attention.

Drama ‘My ID is Gangnam Beauty’ that aired every Friday and Saturday in JTBC which ended last September also successfully recorded a rating of 5.8% which is the highest rating among the dramas that aired in the weekend. Cha Eun Woo who looks like a cartoon characters and Im Soo Hyang’s perfect performance has created a 100% synchronization level with the original work of this drama.

Drama KBS ‘Your House Helper’ which ended last august also successfully secured its viewers rating from 1.7% to 4.5% meanwhile tvN drama ‘Tale of Gyeryong Fairy’ that has been released in 5 November has recorded a total rating of 3.0% and 5.6%.

Apparently KBS drama ‘Feel Good to Die’ that aired in 7th of November and JTBC drama ‘Clean with Passion for now’ that aired in 26th of November has captured the viewers attention. Eventhough Kang Ji Hwan and Baek Jin Hee and Yoon kyun Sang and Kim Yoo Jung showed a perfect and refreshing chemistry, these two dramas are still far behind the SBS ‘Empress’s Dignity’ and MBC ‘Bad Detective’.