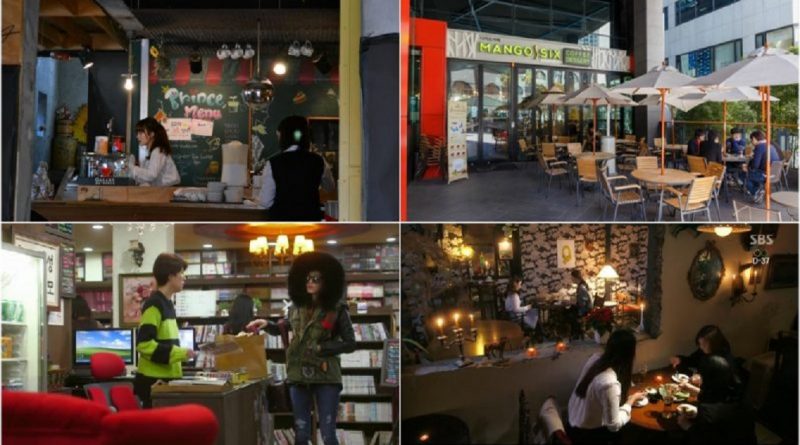 Those of you who often watch K-Drama must find it familiar to see a certain coffee shop appear in K-Drama. In this post, we will give you the list of few coffee shops which often appear in K-Drama from time to time. Want to know what they are? Check this out!

The 1st Shop of Coffee Prince in Hongdae

The 1st Shop of Coffee Prince is located in Hong Dae. This is the cafe where the shooting of ‘Coffee Prince’ took place. The drama, which was starred by Gong Yoo and Yoon Eun Hye, had ‘cafe’ as its theme, therefore, most of the scenes in the drama displayed almost every corner of this cafe. If you’re a big fan of ‘Coffe Prince’, this place is a must visit destination for you when you go to Korea! This cafe will help you reminisce the memory and love between Choi Han Gyeol and Go Eun Chan in the best way!

How to get there: Seolleung station Line No.2

How to get there: Sangu Station (Line 6)

If you somehow find yourself in the Sangu area, Palm Palm Piano Dining & Bar is a must-visit place for you! The place used to be a building for piano course, which was then transformed into a cafe. The interior design of this cafe is quite unique, with vintage style which added to its classic and elegant vice. This cafe once appeared in one of the many episodes of ‘My Love From The Star’ where Cheon Song Yo (Jun Ji Hyun) and Yoo Se Mi (Yoo In Na) ate chimaek (fried chicken and beer). Do you remember the scene?

Comic Book Cafe in Sinchon is both a cafe and a place to rent/buy comics that also appeared in the drama ‘My Love from the Star’. This cafe is located in pedestrian area in Sinchon. All comics in this cafe are Manhwa (published in Korea). If you’re a big fan of manhwa, try to read in this cafe, just like what Cheon Song Yi did! This cafe also has a lot of beverages, ramen, cookies, and other dishes, so you could spend your time reading manhwa while accompanied by various food and beverages.