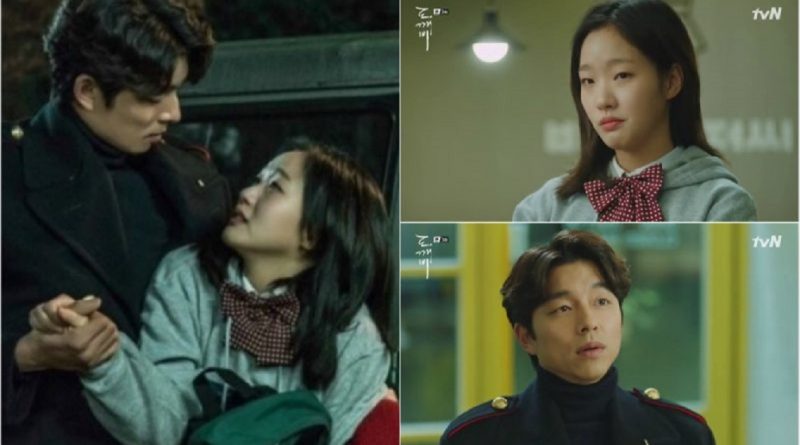 Kim Shin and Grim Reaper went out to rescue Ji Eun Tak. Kim Shin sliced the moneylenders’ car in two with his swod and saved the Goblin’s Bride.

When she saw Kim Shin, Ji Eun Tak immediately hugged him. Kim Shin put on Eun Tak’s red shawl around her neck and told her to wait because he wanted to give the moneylenders some lessons.

The moneylenders begged Kim Shin for mercy, but Kim Shin said that the two of them will be punished in the police station. After that, the Grim Reaper came in front of the moneylenders and removed their memories about the incident.

The scene continued in the chicken restaurant. Eun Tak played hard to get in front of Kim Shin. She asked how could Kim Shin rescue her even though she did not blow a candle. Kim Shin said Eun Tak must have been thinking of him so he could come and save her.

Eun Tak who kept playing hard to get told Kim Shin to eat her Tteokbokki, but Kim Shin refused and told Eun Tak to eat it instead. With her ‘hard-to-get’ expression, Eun Tak received the Tteokbokki.