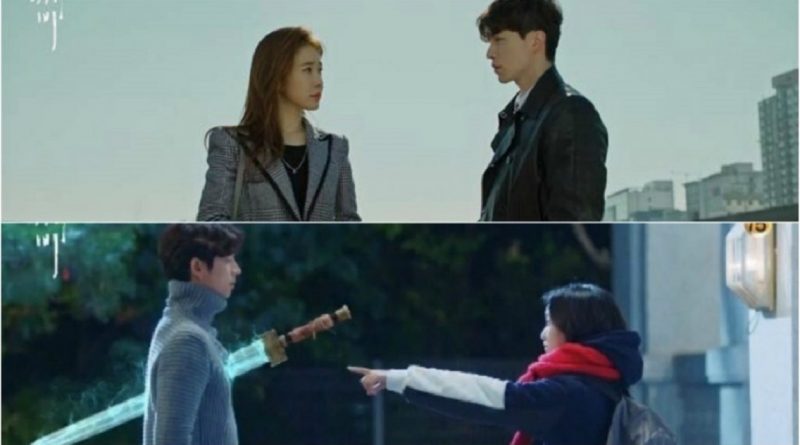 The third episode was opened with a scene of Yoo Duk Hwa (Yook Sung Jae) who reported the information he got about Ji Eun Tak (Kim Go Eun) and her family to Kim Shin (Gong Yoo).

Ji Eun Tak’s aunt who treated Eun Tak cruelly made Kim Shin want to give her a lesson by giving her and her family gold bars. Suddenly her aunt found several gold bars in Eun Tak’s room.

They were surprised to find the gold bars in Eun Tak’s room, but then the gold bars were taken away by her daughter. Kim Shin watched over them with Duk Hwa.

Ji Eun Tak went to the bookstore to look for the maple leaf that she put in one of the books. While she was in the bookstore, she met Duk Hwa who was trying to get a refund because he thought he just bought someone else’s book because there was a maple leaf inside the book that he bought.

Seeing that, Ji Eun Tak then told him that she would buy the book. She asked for a discount but Duk Hwa didn’t give her.

In the restaurant where she was working, Sunny (Yoo In Na) asked Eun Tak whether she slept in her restaurant or not. Eun Tak was afraid that Sunny would scold her, but it turned out that she was given her weekly payment from Sunny. Sunny also said that she would help her.

The next day, the grim reaper was walking on the pedestrian bridge and saw a grandmother selling accessories. There, he met Sunny when he was about to take a green colored ring. The grim reaper cried unconsciously when he saw Sunny. Sunny was confused. She told him to call her because she also wanted the ring.

Ji Eun Tak got into a trouble in her school, so she went to the beach. Kim Shin then came and tried to cheer her up.

At night, Eun Tak came to Kim Shin’s house and shocked him. Eun Tak admitted that she could see the sword embedded in his chest while she pointed at the said sword.