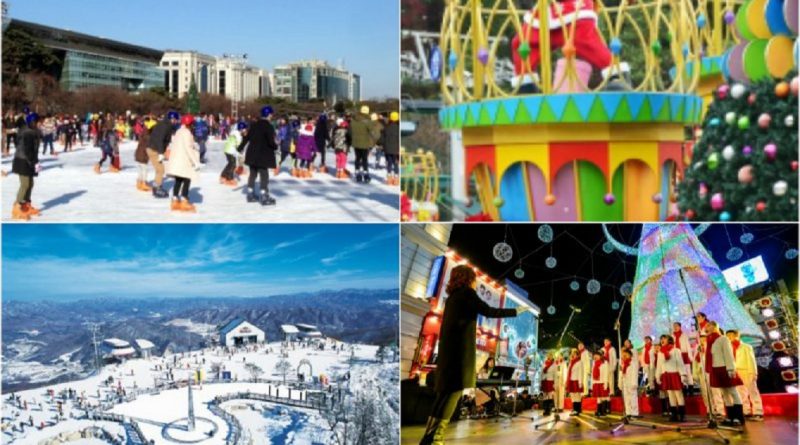 Being able to feel the Winter sensation in Korea might be the dream of people who live in the areas that only have two seasons. The cold weather, however, might be a bit of challenge. Thus the readers should come there well-prepared. Now let’s see the tourist places that are worth to visit in Winter!

The Ice skating area in Yeoido Park, Seoul, is opened in last December 2016. They plan to add a cultural area near the ice skating rink in Yeoido Park and it will operate until mid-February.

Other than ice skating, the visitor can also enjoy other activities such as sledding hill and snow playground.

Winter comes to the park in Korea even before the actual winter arrives. Starting from thrilling rides, LED lights that are glowing beautifully, to the Christmas songs that can be loudly heard everywhere, the visitors can fully enjoy the Christmas atmosphere in these three parks: Everland, Lotte World, and Seoulland.

Christmas Tree in Seoul and Busan