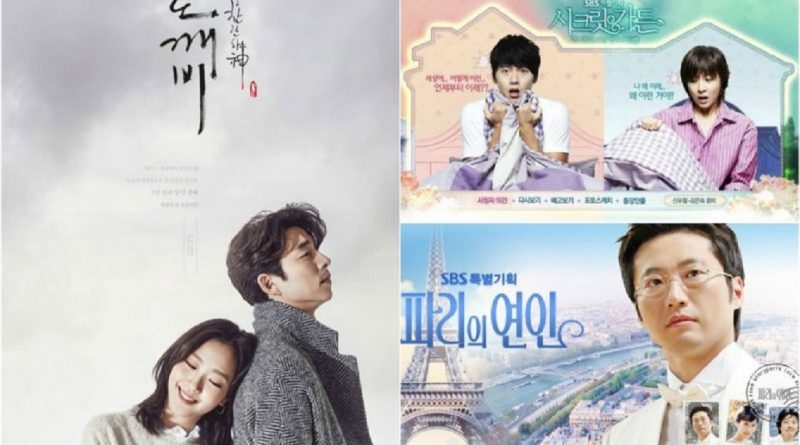 Goblin: The Lonely and Great God

This is a fantasy drama about Kim Shin (Gong Yoo), a goblin who has been living for 900 years. He needs to find the ‘goblin’s bride’ who can put an end to his life. Then he meets Ji Eun Tak (Kim Go Eun), a high schooler with the ability to see ghosts. There is also a grim reaper (Lee Dong Wook) who lives with him. Accidentally, he meets Kim Sun (Yoo In Na), a clever girl that is loved by everyone.

This is the first series of the romantic trilogy in Europe. The second drama is Lovers in Prague (2005) and the third one is Lovers (2006). This drama tells the story of Kang Tae Young (Kim Jung Eun), a Korean woman who studies in Paris. To support her financial, she works in a fancy apartment which belongs to Han Ki Joo (Park Shin Yang).