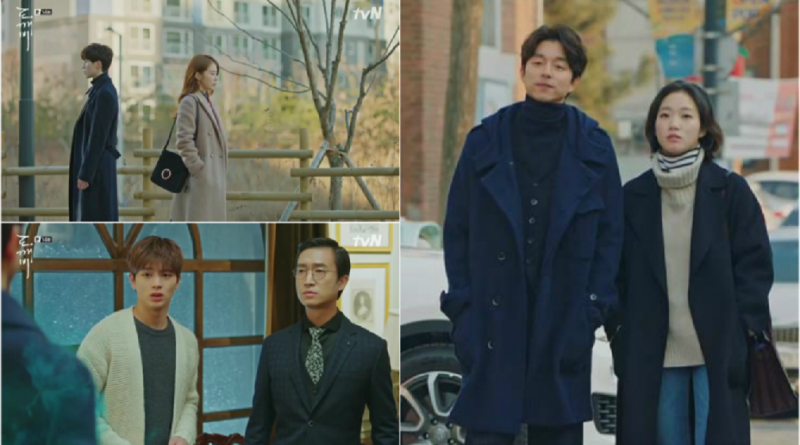 In the second part of 14th episode, Ji Eun Tak was having a hard time with work.

Working in a cafe, Eun Tak was annoyed because her job, which required her to blow candles often, always made Kim Shin appeared in front of her. Eun Tak did not understand the reason behind Kim Shin’s continued appearance, but Kim Shin seemed calm about it.

Eun Tak asked about Kim Shin’s job, and immediately, Kim Shin pointed his finger at an office building and bluffed about having a high position there. Kim Shin also said that he could become the sponsor of Eun Tak’s working place if she wanted it.

Kim Shin also called Eun Tak when she was at work.

When the two of them had another encounter, Eun Tak said that she was going abroad. It was going to be her first experience to go abroad.

Eun Tak then arrived in Canada. When she was strolling around Quebec, she suddenly stopped in front of a door. Out of the blue, Kim Shin opened the door and appeared in front of her. Kim Shin acted awkwardly after that.