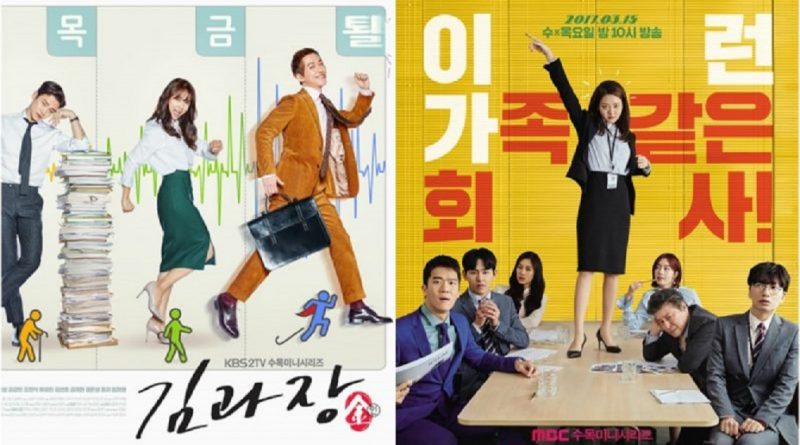 ‘Chief Kim’ kept viewers glued to its screen because the drama was deeply hilarious. In this drama, the stupid Kim Sung Ryong initially did not have any desire to be a good man. However, when he got a job as the Chief of Finance Department in TQ Group, his life’s course changed completely and he learned how to be a decent guy.

There are a lot of office conflicts that were explored in this drama: The exploitation of the employee, the competition between the departments, punishments for the employee… Those things were highly relatable for the viewers.

Through its plot and conflicts, ‘Chief Kim’ taught us that despite our deficiency, every one of us could still be a ‘superman’ for ourselves or for others. This was the main lesson that was highly admired by the drama’s fans.

Meanwhile, in ‘Radiant Office’, Eun Ho Won had failed in 100 job interviews. In her 101th interview, she was accepted, but her life as a newbie employee was definitely not easy.

This drama highlights the life of a new employee in a big company. There’s a manager who only stays in his comfort zone, fellow team members who fall in love with each other, and a director who could do any evil deeds to his subordinates. Life was hard for Ha Won, especially with the fact that she only had a few months to live. During her most desperate moment, Ha Won even had the urge to jump into Han River. It were all very close to what people experience in their real life.