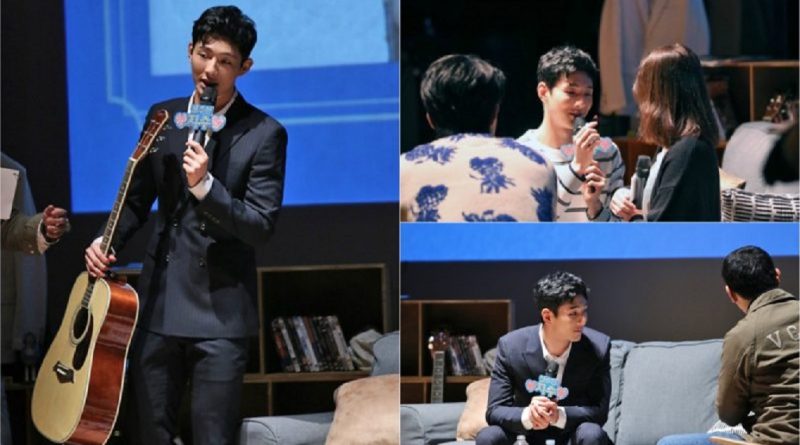 The actor brought a lot of his personal belongings on stage in this fan meeting. He gave the belongings to some of his fans.

The concept of this fan meeting is ‘a visit to Ji Soo’s house’, that’s why the actor shared his belongings. Ji Soo started the fan meeting by sharing stories, one of them was how he his dream to be an actor started.

Fans were also reminded a lot to tvN’s variety show ‘My Ear’s Candy’, the show in which Ji Soo once starred in, because in this fan meeting, Ji Soo communicated with some of his fans using phones. They also gave nicknamed to each other. Ji Soo’s typical voice made the fans’ hearts beat faster. Ji Soo’s effort to get closer to his fans deserve an award for his sincerity.