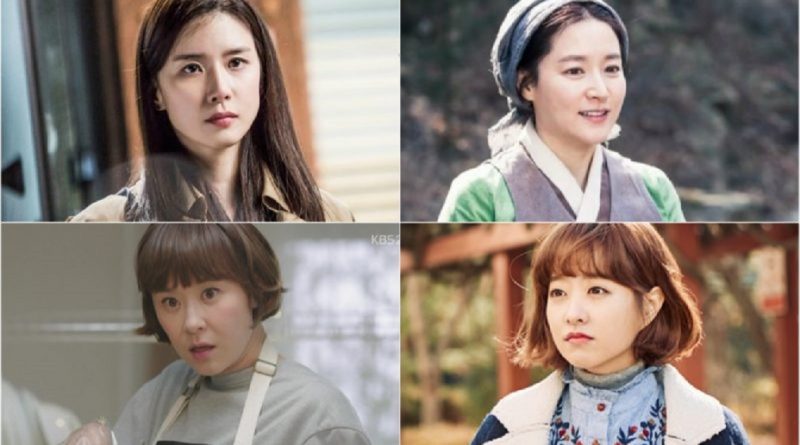 Korean dramas are available for us all week long, from Monday to Sunday. Right now, Korean public’s TV screen is filled with these beautiful women who are starring as the main leads of TV dramas.

Monday – Tuesday: Lee Bo Young is currently starring in SBS Monday-Tuesday drama ‘Whisper’, in which she plays as Shin Young Joo, a woman who wants to prove her father’s innocence in court. ‘Whisper’ continues to top ratings ever since its premiere episode, which was aired on March 27.

Wednesday – Thursday: KBS’ newest Wednesday-Thursday drama and the replacement of ‘Chief Kim’, ‘Queen of Mystery’, shows the life of a housewife detective, Yoo Seol Ok. Yoo Seul Ok is portrayed by Choi Kang Hee, who starts her journey as a self-proclaimed detective after helping Officer Hong to catch a thief. Choi Kang Hee’s charm as a strong, determined housewife really shine in this drama.

Friday – Saturday: Our latest girl crush is Park Bo Young, who is starring in JTBC’s hit drama ‘Strong Woman Do Bong Soon’ as its main character, Do Bong Soon. Park Bo Young’s charm in this drama is the extraordinary strength that she possess despite of her small and adorable figure.

Which TV girl crush is your favorite?