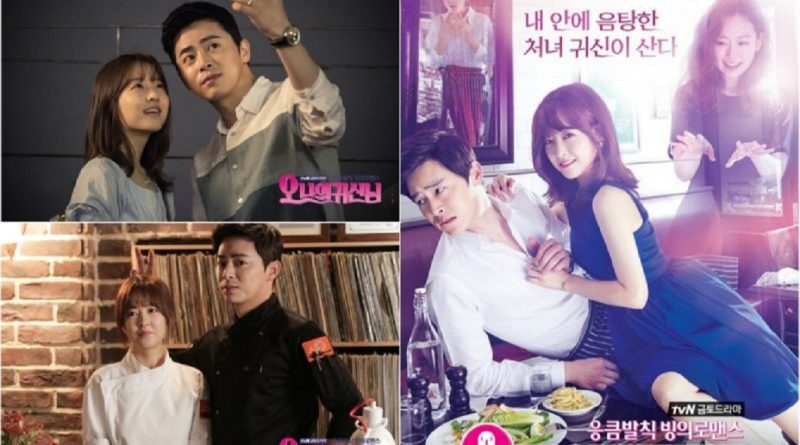 ‘Oh My Ghost’ is one of tvN’s successful drama which mixes romance with a ghost story. Aired in 2015, this drama featured Jo Jung Suk, Park Bo Young, and Kim Seul Gi as the main casts.

‘Oh My Ghost’ tells the story of a girl named Na Bong Sun (Park Bo Young) who has the ability to see ghosts. She works in a restaurant owned by Chef Kang Sun Woo (Jo Jung Suk). One day, a female ghost named Shin Soo Ae (Kim Seul Gi) borrowed her body and helps her to win the Chef’s heart.

Jo Jung Suk himself is able to win the female viewers’ heart through his character as Chef Kang Sun Woo. He appears full of charm as a handsome man who is good at cooking plus super romantic to Na Bong Sun.

March 27, 2017 Tri Comments Off on ‘Defendant’ Crews Eat Together After the End of Drama
MOVIE VIDEO