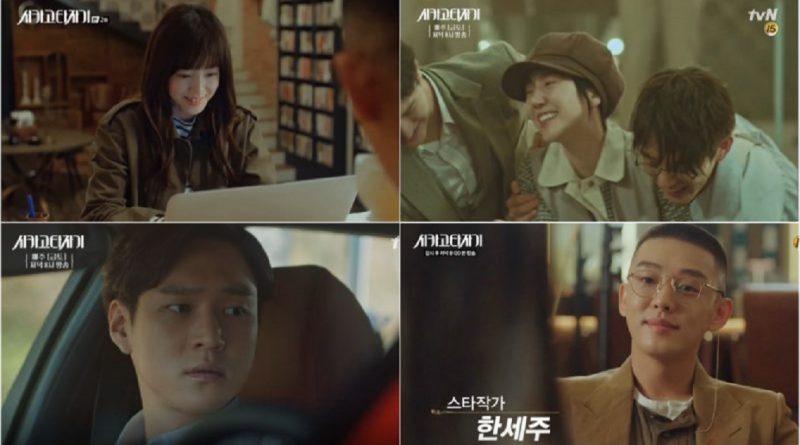 ‘Chicago Typewriter’ is on the rise after its initial slump. The three elements which were previously championed as the drama’s main points: The actors, the fun, and the past-present story line has finally come together. Will the rating of this drama increase?

‘Chicago Typewriter’ is a story about a best-selling author Han Se Joo who’s going through a downfall in his career. Behind his name, there’s actually a ghost writer named Yoo Jin O, who turned out to be the boyfriend of Jeon Seol, Han Se Joo’s fan/antifan in the past.

The hype surrounding ‘Chicago Typewriter’ was high due to its scriptwriter’s name, Jin Soo Wan, who previously wrote for ‘The Moon Embrace The Sun’ and ‘Kill Me, Heal Me’, and its main casts, Yeo Ah In and Im Soo Jung.

Starting from the 6th episode, which was aired last week, the confusing connection between the past and the present has already been revealed. Ghost writer Yoo Jin O finally admitted to Han Se Joo that he actually came from the past, and that Se Joo, Jin O, and Jeon Seol used to be bestfriends.

Will the rating of ‘Chicago Typewriting’ increase after this? What do you think, readers?

August 3, 2017 Tirta Comments Off on An Interview with Dong Ha, the Serial Killer from ‘Suspicious Partner’
DRAMA VIDEO