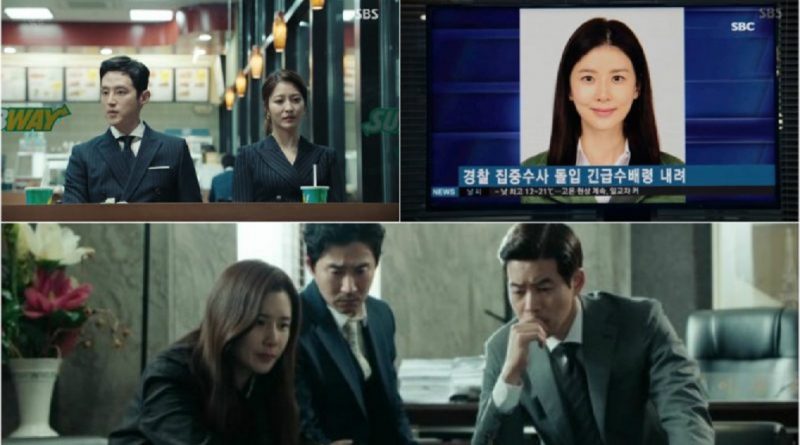 Lee Bo Young went to see her father who needed to undergo a surgery even though now she was chased by the police as the suspect in a murder. The public can see the similarities of this point with ‘Defendant’ which starred Ji Sung.

The murder case became even more complicated after Secretary Song hid the body of President Kang.

Then Lee Dong Joon, “Shin Young Joo is not a man who can be controlled by money”, he said against Choi Il Hwan. But Choi Il Hwan tried to take Shin Young Joo on his side, “If you forget the incident, then I will support you in the trial against Jung Il. Just think about it “.

“There is an easy way to get out of this dilemma. I must make everyone as a witness like myself “, said Shin Young Joo. She also began searching for the body of President Kang which was hidden.

However, Choi Il Hwa also started his attack. He set a new strategy to bring down Shin Young Joo and Kang Jung Il.

Then the police started to chase after Shin Young Joo.

Choi Il Hwan was one step ahead before Lee Dong Joon could replace Shin Young Joo to find the body. Shin Young Joo was arrested by the police while trying to open the secretary’s baggage who allegedly kept the body. Now the public is looking forward to seeing the continuation of this plot.