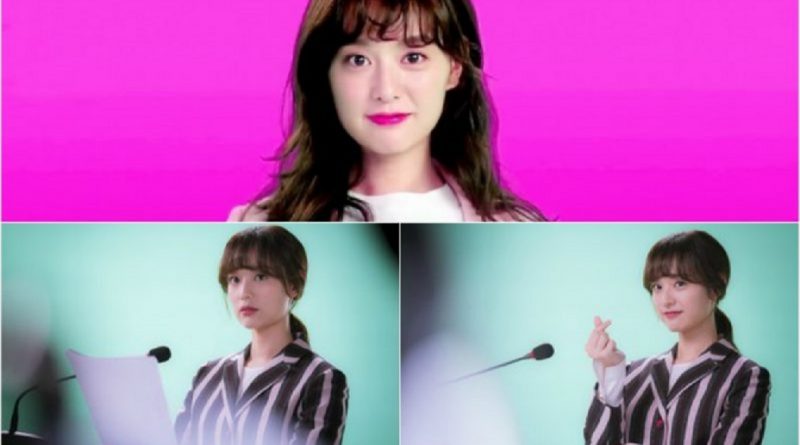 Kim Ji Won transformed into a mall’s call center officer named Choi Ae Ra, who dreams to be a news anchor someday, in KBS’ upcoming Monday-Tuesday drama ‘Fight for My Way’, which is going to have its premiere on May.

In hear teaser, Kim Ji Won’s character said: “Whatever people say, we will be walking in our own path.”

Kim Ji Won’s character, Choi Ae Ra, is someone who’s called a ‘mic-freak’ due to her obsession to work in front of a mic. Ae Ra is also someone who does not hesitate to show her feelings.

According to the actress, “Choi Ae Ra is a girl who never complains. She always does her best in everything that she does. She’s also an adorable girl, because even just a small, simple thing could make her really happy. Ae Ra always shows her feelings honestly.”

In Kim Ji Won’s opinion, she and Ae Ra have several similarities in terms of their personality. “I’ve portrayed a strong and cheerful character several times, but this time I will show the audience the ‘real’ me.” Kim Ji Won also added that Ae Ra’s frankness will make any audience laugh a lot. Despite being surrounded by people who makes her feel hopeless at times, Choi Ae Ra’s positiveness will continue to shine. “I hope the audience could watch it excitedly,”

May 31, 2017 Tirta Comments Off on Seolhyun is Named as May’s Top Female Model for Ads
STAR VIDEO