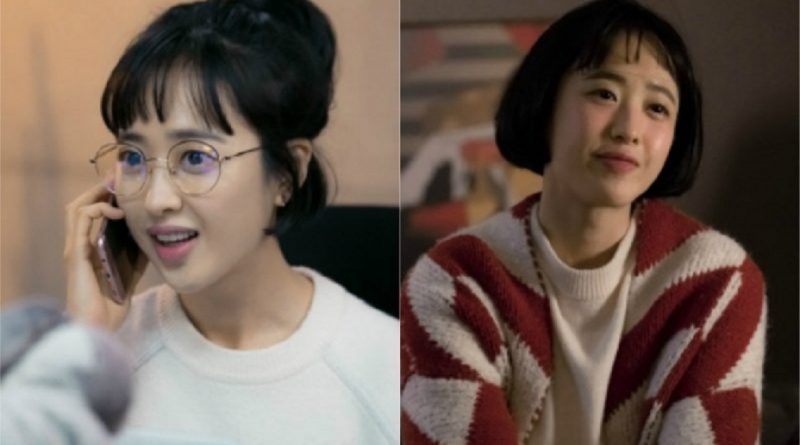 In JTBC’s Friday-Saturday drama ‘Man to Man’, actress Kim Min Jung plays the role of Cha Do Ha, the number one fan as well as the manager of Hallyu star Woon Kwang (Park Sung Woong).

In portraying Cha Do Ha, Kim Min Jung could be seen wearing heavy makeup and high heels in one second but then changes it into a pants and sport shoes next.

Sometimes Cha Do Ha might appear as a ‘fierce girl’ who always stand beside Woon Kwang, but other times, she could also appear adorably cute in front of the one she likes.

In last week’s episode, Cha Do Ha thought that Kim Seol Woo (Park Hae Jin) actually had feelings for her. Cha Do Ha felt guilty for not being able to reciprocate his feelings and said, “I understand what you’re feeling, but I don’t feel the same toward you. From tomorrow, let’s just go back to being workmates.”

The unexpected kiss at the end of that episode signaled the start of Kim Seol Woo and Cha Do Ha’s love story.

‘Man to Man’ airs every Friday and Saturday at 11PM KST in JTBC.