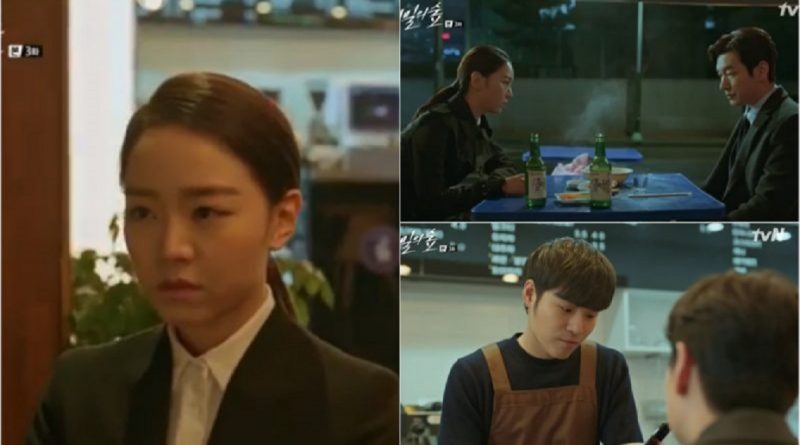 The 3rd episode of Secret Forest, which was aired on June 17th, ended with Hwang Si Mok finding out that the last person that Park Moo Sung met before he dies was Young Eun Soo.

Previously, Hwang Si Mok found out that Park Moo Sung had a fight with someone in the prosecutor office through a telephone call. Hwang Si Mok and Young Eun Soo went to the prosecutor office to make sure of it, but they were surprised to know that the office did not have any CCTV camera. Young Eun Soo, who pretended not to know anything, was actually the last one who called and met Park Moo Sung.

At the end of episode 1, Kang Jin Seop (Yoon Kyung Ho) identified Hwang Ki Mok as the villain. At the end of the second episode, Hwang Si Mok made an opposite suggestion that he would help rebuild Lee Chang-Joon (Yoo Jae-moon). Both ends were unexpected.

Then at the end of episode 3, another turn of event happened, which made ‘Secret Forest’ audience suspicious of every character now. It’s not certain if Young Eun Soo was really the last one to meet Park Moo Sung, as there are the cafe owner and also the part-time worker of the cafe. To Park Moo Sung’s mother, Hwang Si Mok asked, “Is it true that he left many debts?” ‘Secret Forest’ is getting more and more interesting day by day, as Hwang Si Mok has to find out the real culprit to get rid of people’s suspicion on him.

June 15, 2017 Tirta Comments Off on What is a Day on ‘A Day’ Set Feels Like for Byun Yo Han and Kim Myung Min?
DRAMA KCORNER VIDEO

May 26, 2017 Tirta Comments Off on ‘Blue Busking’ Press Conference