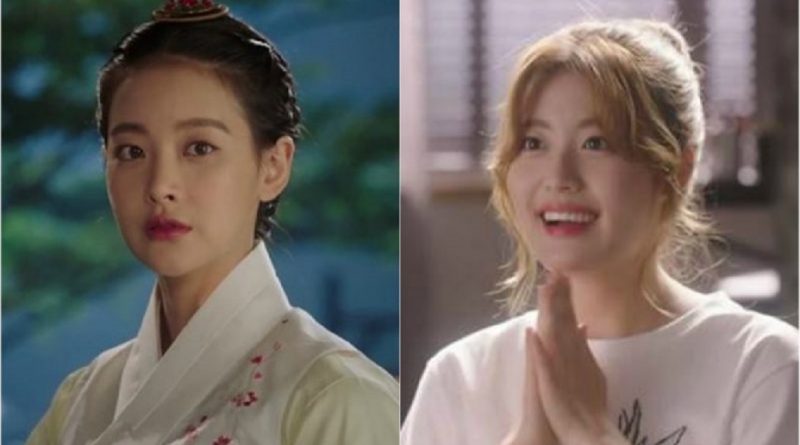 In SBS’ ‘My Sassy Girl, Oh Yeon Seo acts as Princess Hyemyung. Princess Hyemyung often makes trouble, such as being drunk, which could lead to an accident. On another note, this drama tells the story of a royal family.

Oh Yeon Seo makes a drunken mess by not hesitating to shout at people and threatening them by saying “Die!”.

The drama ‘My Sassy Girl’ dates back to the Joseon dynasty. Oh Yeon Seo who plays Princess Hyemyung has a different characteristic from other historical dramas’ female lead roles. If Joseon Princess usually has elegant style, Princess Hyemyung is the kind of character who saves people who are in crisis to get rid of stigma.

Meanwhile, in SBS’ ‘Suspicious Partner’, Nam Ji Hyun plays Eun Bong Hee, a young Taekwondo athlete and a law intern. Eun Bong Hee is the female lead in a romantic comedy drama that has its ups and downs. She leads the drama with a new way of doing things using her own power.

Eun Bong Hee is the kind of woman who unhesitatingly expresses her affection toward No Ji Wook (Ji Chang Wook). Eun Bong Hee said, “Lock your heart carefully, or I might make a mistake,”

Oh Yeon Seo as Princess Hyemyung and Nam Ji Hyun as Eun Bong Hee are the kind of lead females who are able to express themselves without thinking about other people. ‘My Sassy Girl’ airs every Monday-Tuesday at 10 PM KST, while ‘Suspicious Partner’ airs every Wednesday-Thursday at 10 PM KST.

April 20, 2018 Ria Comments Off on [RANK AND TALK] 4 Most Fashionable Korean Artist