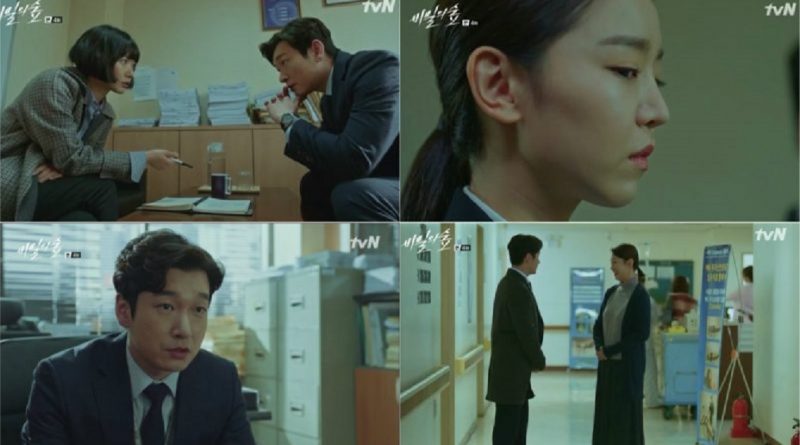 From the beginning of the airing, ‘Secret Forest’ has attracted public attention with a story that is full of plot twist.

However, in this episode, another victim comes out. A woman who was once a partner of prosecutor Lee Chang Joon (Yoo Jae Mook) is trying to seduce Seo Dong Jae (Lee Joon Hyuk) prosecutor. Lee Chang Joon intends to cut Seo Dong Jae’s ‘right arm’ and Seo Dong Jae needs a hidden card to prepare the case. Hwang Shi Mok also observes and plans to approach the woman, but unfortunately, the woman is already blurred. The woman is carrying her belongings to escape, but the woman is kidnapped by an unknown person.

At the end of the episode, the abducted woman was found dead in Park Moo Sung’s bathroom. The story becomes more interesting with the emergence of new victim.

What kind of truth is hidden behind Park Moo Sung ‘s murder case? The story of ‘Secret Forest’ is getting more and more interesting.