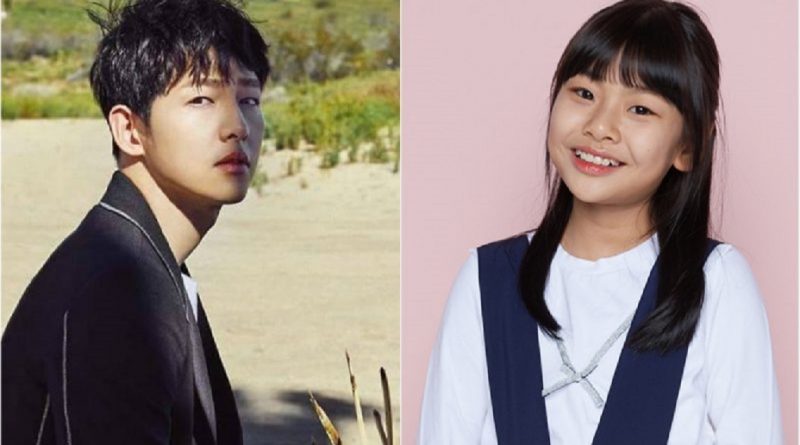 Child actress Kim Soo An, who appeared in the movie ‘Battleship Island’ shows her fans’ hearts to her fellow artist, Song Joong Ki.

Kim Soo An said, “The first time I met Father Hwang Jung Min I was afraid because his face was so red. But during the dance practice, he brought me good food and had the character like ‘Tsundere’ I like him”.

Then regarding Seo Ji Sub she said, “Because Ji Seob told me many awesome magic cards I also liked him”.

Kim Soo An is most innocent when she mentions about Song Joong Ki.

Kim Soo An said, “I really like Song Joong Ki, I also really like ‘Descendants of the Sun'”.

Then she added, “Profile photo, wallpaper photo, all of them are photos of Song Joong Ki. So I cannot focus on acting, but I’m sad we do not have many scenes together”.

Hwang Jung Min, Seo Ji Sub, Song Joong Ki, Kim Soo An, Lee Jung Hyun, and other artists are appearing in the movie ‘Battleship Island’ where the film depicts the horrific story of Korean people who were being forced into Hashima Island, Japan, which is called “Hell Island” during the Japanese colonization.

March 25, 2018 Tirta Comments Off on Top 5 Male Idols Who are Successful as Actors
MUSIC Rank&Talk