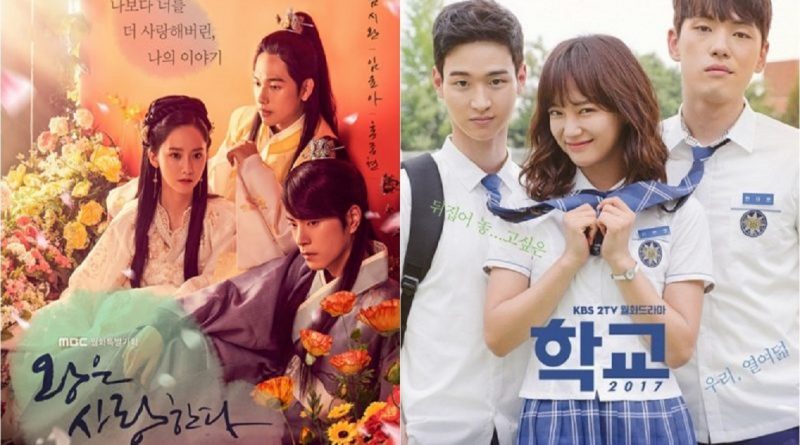 MBC is a channel that is known for their excellent sageuk (historical) dramas. ‘The King Loves’ was opened with a scene on a bamboo forest, which became the main point of Wang Won (Im Siwan) and Eun San (Im Yoona)’s childhood. The first episode established the relationship between the characters, the tragedy, and the promise of a Goryeo romance that will unfold in the future. ‘The King Loves’ left us with a strong impression with only one episode.

For 20 years, the ‘School’ series has been KBS’ pride. The series depict the suffering and growth of young people who are still in their high school years. Adult often think that they already know everything that is to know about high school students, but ‘School 2017’ promised to add something ‘new’, by adding a layer of mystery to its plot.

However, some people thought that the ‘half level regulation’ of the story seemed to have not been developed anough. There are scenes that seemed excessive and not memorable. One of them was the scene of a student shouting and disturbing a class, hollering, “Where is my notebook?”, also a scene in which Hyun Tae Woon (Kim Jung Hyun) and Ra Eun Ho (Kim Se Jung) had an incident. Some viewers thought that part was a little bit exaggerated.

What about you, readers? What do you think of the two dramas’ first episode?