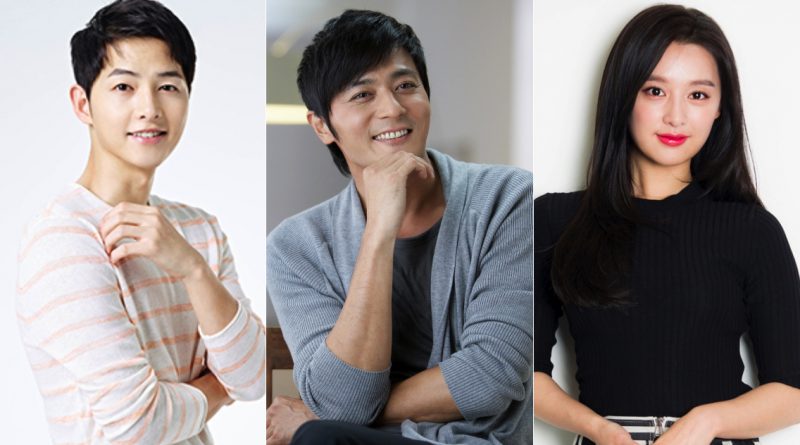 ‘The Chronicle of Aseudal’ is the first Korean drama with ancient fantasy themed about an imaginary country named Aseudal and the civilization in the ancient time. This drama tells the myth of the birth of a hero who will created an ideal country where people live in harmony and love just like his imagination. This drama is set to air for the first time in the first half of next year.

First, Jang Dong Gun will play the role of Ta Gon, the best war strategist and leader and also a hero in Aseudal, the imaginary city in the ancient time. He always win the war and turned Aseudal to the strongest country but at the same time he also has greed and ambition to get rid of his politic enemies. He is the first person who dreamed of becoming the king in the human history which previously knows nothing about the kingdom-ruling thing.

Song Joong Ki will play the role of Eun Sum who was born in Aseudal and born under the blue star fate which makes him bring nothing but disaster to Aseudal. His mother tried and struggled to fight to protect her son against the curse until Eun Sum finally made it alive through the hard times and he realized that he is the secret key to the end of Aseudal.

Last but not least is Kim Ji Won who will play the role of Tan Ya. Tan Ya is a daughter of Wuhan Clan and she was also born under the blue star curse just like Eun Sum. Among the chaos that happening, she realized that her mission is to protect Aseudal as she will become the most-respected and noble person in Aseudal and also will show her ambitions as a politician.

Meanwhile, the first ancient fantasy drama ‘The Chronicle of Aseudal’ will air in tvN in the first half of next year.