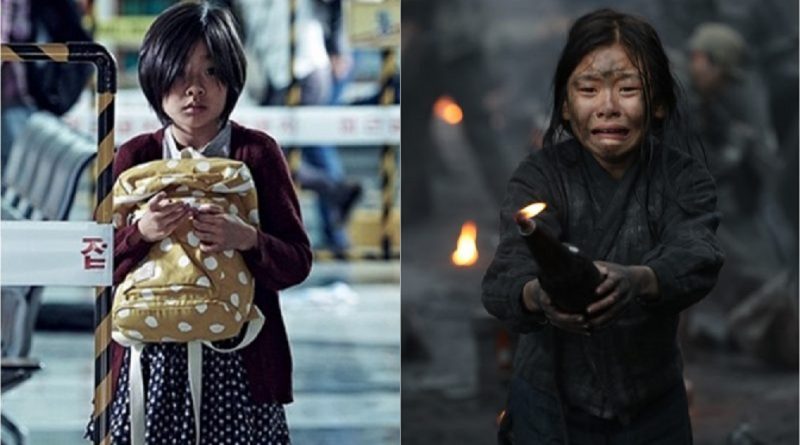 Young actress Kim Soo Ahn, who is starring in ‘Battleship Island’, truly deserves praise for her acting. ‘Battleship Island’ instantly rose to the top position of box office right after it was released and still continues to maintain good performances. Kim Soo Ahn, the little actress who also played in the film, gave a strong impression for the viewers.

‘Battleship Island’ tells the story of Korean people who want to escape a Japanese warship during the Japanese imperialism. On the first day of its release in Korea, the movie recorded an opening record of 970.000 spectators. In such short period of time, the movie has sold over 2 million, 3 million, and finally, 4 million tickets. Kim Soo Ahn’s acting skills, as well as her ‘daughter and father’ chemistry with Hwang Jung Min, were few of the many highlights of the movie.

Last summer, Soo Ahn starred in ‘Train to Busan’ as a child who does not lose her innocence even in the middle of a zombie disaster. Kim Soo Ahn received a lot of praise for her acting skill in ‘Train to Busan. This year, in ‘Battleship Island’, she acts as a child who wants to escape from the war ship. Kim Soo Ahn has dominated the summer cinema for two consecutive years.

Young Kim Soo Ahn was able to show great emotion, bringing sadness to the audience with her performance of a child who does not want to be away from her father. In addition, in the midst of crisis, Kim Soo Ahn’s character dances and sings. It is the Korean people’s way to escape the fear, sadness, and pain experienced while they were living in the warship.

Regarding Kim Soo Ahn’s emotional performance, Ryu Seung Wan, the director, said, “Kim Soo Ahn is a genius. I’ve never seen an young actress like her. She’s so talented and great, she’s the jewel of this movie.”