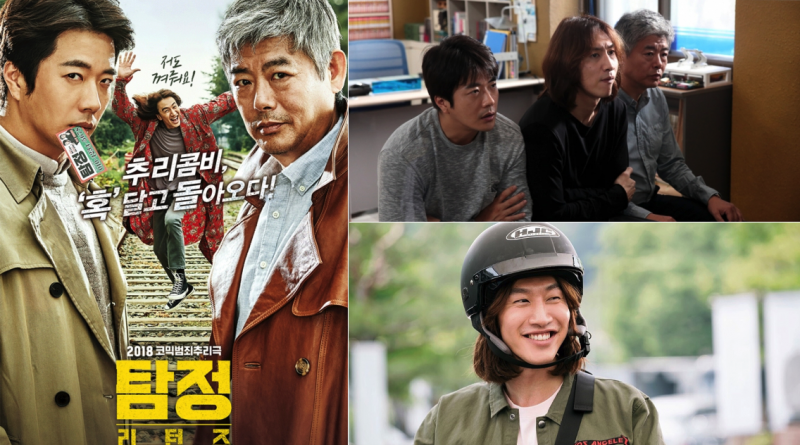 First, Kwon Sang woo will return as the detective after he successfully performed a genius detective through his role in the recent drama ‘Queen of Mystery’ season 2 which the sequel of its first season.

Lee Kwang Soo play the role of the police officer Yeom Sang Soo along with Sung Dong Il who play Gil Han Sol in tvN’s drama entitled ‘Life’ that depict the life story of a police officer. Sung Dong Il also appeared in the currently airing drama ‘Miss Hammurabi’ as the legal court judge and is expected to captured a lot of viewers heart though both small screen and big screen.

The three actors has gained a lot of viewers attention through their combination in the movie ‘Accidental Detective 2: Return’ which live up the life of a detective of three with new spices that will be just as fun and great as the previous one.