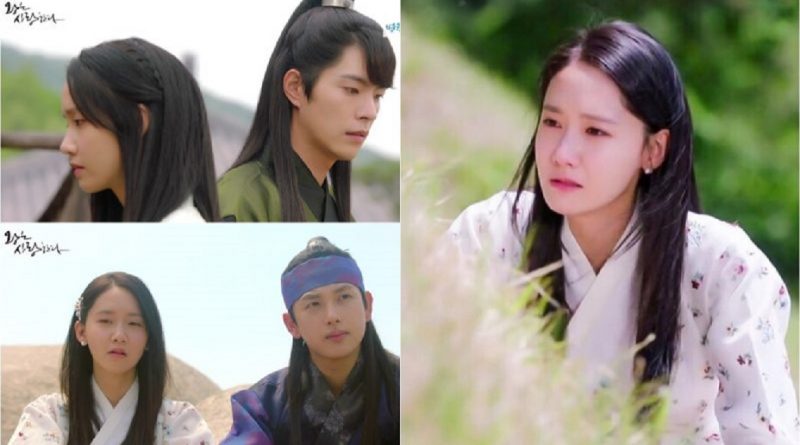 On the 29th, ‘The King Loves’ episode 27 and 28, Eun San (Im Yoona) knows about her mother’s death. To avenge her, she wants to kill her own killer with a knife but she can only cry for wanting to protect others. She thinks it will all be done if Wang Jun dies, Wang Rin’s (Hong Jong Hyun) love confession to his brother Wang Eun San’s apology, who does not want anyone else to get hurt.

Wonsung Gongju who wants the Rin family to suffer, make plans and make Eun San a witness in the investigation of her mother’s death case. But Wang Won immediately goes to Eun San and says “It’s just my mother’s evil plan, you know Wang Rin will fall”. Plus, Wang Dan came to beg for forgiveness even though he did not know what happened, it made him angry and cried. “Don’t you know Wang Rin’s love toward you?” Wang Dan said.

San is unable to do so even though she promised her father Eun Young Baek to have to wipe out the sadness of the past that the Rin family made and look for her mother’s killer. To reveal the death of her mother, San survived for many years. But in the process, she learned to give up and forgive the past when she met Wang Won and Wang Rin. San’s pure, sincere heart faced her own emotions and wanting to erase the hatred, making everything possible.