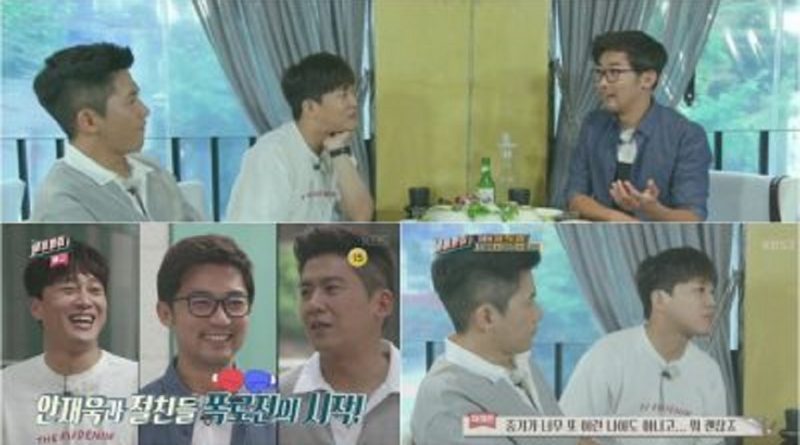 That day, the restaurant they visited belong to Song Joong Ki and Song Hye Kyo. Ahn Jae Wook asked Cha Tae Hyun “Tae Hyun. Don’t you think this is like Song Joong Ki’s lovely company. Did not Song Joong Ki marry at such a young age? ”

“Not too young. He got married later than me. I got married at age 31. While Joong Ki at the age of 34 years, “said Cha Tae Hyun. “Based on my experience, we do not think too much about age when married. Is this something done when fame goes down? When we already got married, there will be a lot of thoughts about work and career compared to the company ” Cha Tae Hyun added.

“But I feel better because I got married” Cha Fae Hyun continued. Then Ahn Jae Wook said, “My income does not go down but my popularity goes down,” hearing this Hong Kyung Min also responded “My fame does not reach the level to make it able to go down.”