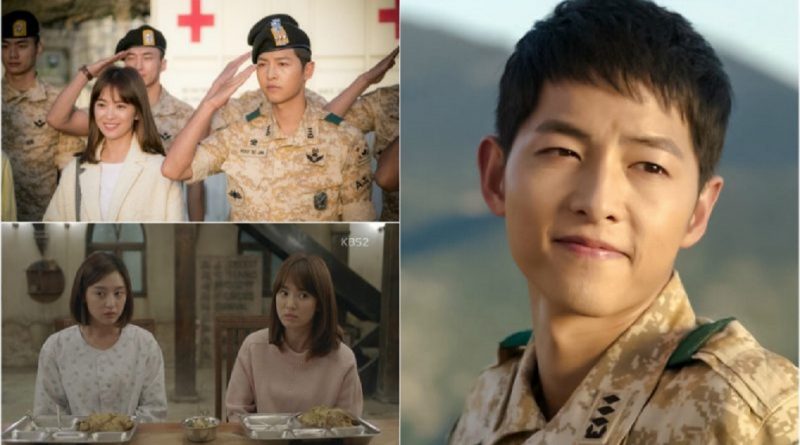 In the second part of this episode, Shi Jin and Dae Young cooked a dish for their girlfriends.

The scene ended hilariously because the two women accidentally made a slip of tongue by mentioning a guy who used to date both of them in the past. Shi Jin and Dae Young got mad because of that.

Mo Yeon then came to Shi Jin’s room to make up with him. Mo Yeon firmly stated that she only had eyes for Shi Jin now, so he did not have to worry about other men. She asked Shi Jin to accompany her meeting Fatima, an Urk girl.

After meeting Fatima, Shi Jin and Mo Yeon went to a clock tower and had a sweet talk about their plans upon returning to Korea. That day was the medical volunteers’ last day in Urk.

Before the medical team departed to Korea, they took a photo together with the special forces.

The episode was ended with a scene where Mo Yeon met her fellow doctors and nurses in front of the hospital where they worked together. They already arrived in Korea. Their happy faces showed that they were happy to be back in their country.