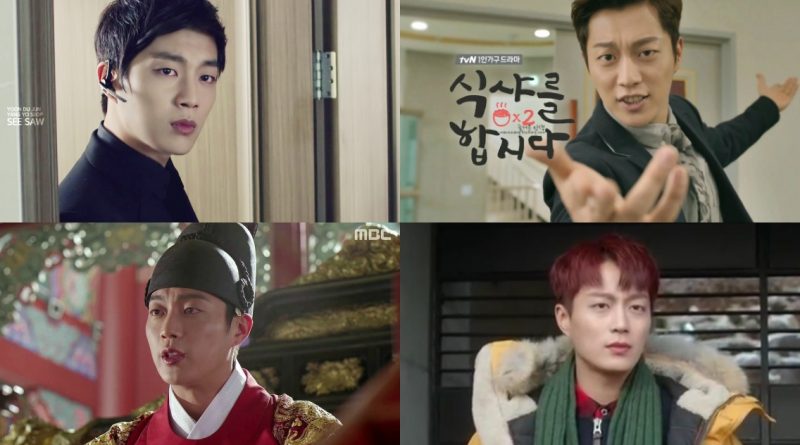 Yoon Doo Joon recently turned into a top star in KBS drama called ‘Radio Romance’ and got his reputation as “the re-discovery of Yoon Doo Joon” through his characters in dramas.

The KBS TV’s Drama that aired in 2013 was marked as Yon Doo Joon’s first accomplishment in acting. He played a role of Seo Hyun Woo, an NSS agent that collaborate with Lee Da Hae and Jang Hyuk. His charming and sentimental character plus his hard-working attitude towards his job successfully gained attention. Eventhough it wasn’t as famous as other drama, Yoon Doo Joon has opened his chance to stepped into acting.

‘Let’s eat’ is Yoon Doo Joon’s drama that surely cannot be missed nor forget. In the drama, yoon Doo Joon played a role of Gu Dae Young, a restaurant owner and a blogger that showed his passion towards all the dishes. His acting was perfect until he got casted again for the second season. Yoon Doo Joon expressed his strong and powerful characteristric through Gu Dae Young’s character. So many fans are waiting for him to return with the third season of the drama meanwhile Yoon Doo Joon is currently still considering about it.

MBC’s web drama entitled ‘Splash Splash Love’ that aired on 2015 is a story about Joseon’s young king Kim Seul Gi that was being played by Yoon Doo Joon. Eventhough this is his first try on historical drama, he showed an excellent performances and carefully learning more about his character. He finally able to showed a dignity of Joseon’s king while on the other side he also successfully showed his cute and lovely image as a king. He received a lot of praises from the viewers and many fans of his been wanting to see him in a historical drama in the future.

Yoon Doo Joon is currently playing a role of Ji Soo Ho, a top star who built a loveline with Kim So Hyun in KBD’s drama ‘radio Romance’. Ji Soo Hoo who may appear soft and vulnerable to public successfully showed his tough and hard-working side. As a character that still reminisce the past, it is very important for the acter to be able to express the emotions of the characters which Yoon Doo Joon did so well and naturally. Because his ambiguous expression and his mysterious yet intense gaze whenever he is staring at Geu Rim made all the viewers called him a man with an intense gaze that makes heart throbs.