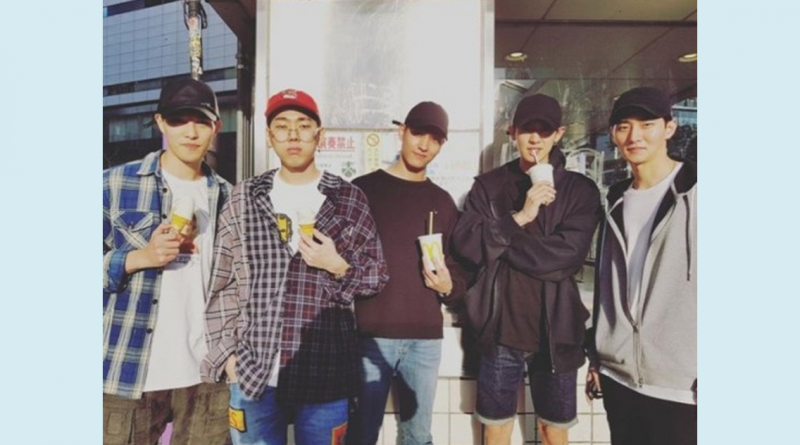 The Korean stars, from Chanyeol EXO to Zico were seen together.

In the released photo, Chanyeol, Zico, Jonghyun and Choi Tae Joon were seen gathering and taking pictures together. Chanyeol told fans that he is in Japan by writing the hashtag ‘In Japan’. Wearing hats and casual wear, causing fans to be in love with their casual style and inspired by their comfortable clothes.

Meanwhile, EXO recently released a repackaged album and is actively promoting. Zico is BTOB member who became a producer on Mnet ‘Show Me The Money 6’, while CNBLUE’s Lee Jonghyun recently played a role in the drama ‘Girls Generation 1979’ which is loved by the viewers.

June 13, 2017 Tirta Comments Off on TOP Has Been Discharged from the Hospital
MUSIC VIDEO