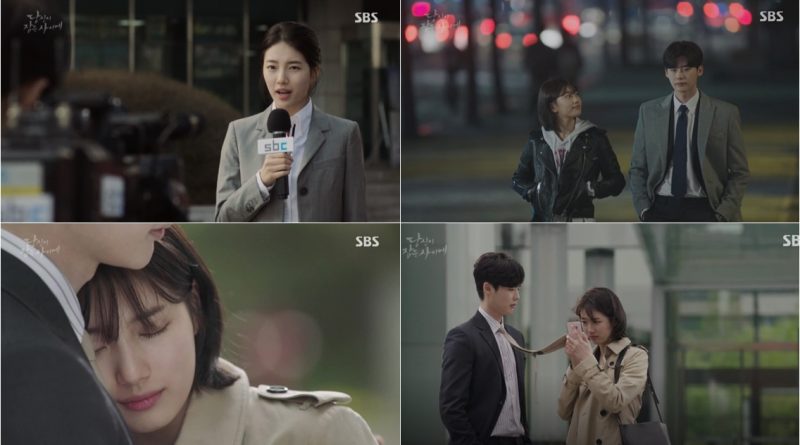 In the past, Hong Joo was a famous reporter, but because she dreamed that she died while working as a reporter, she quit the job. She thought she cannot change the future she saw in her dreams and always hesitated to prevent accidents.

However, after meeting Jung Jae Chan (Lee Jong Suk) and Han Woo Tak (Jung Hae In), she hopes she can change the future if she tries hard to do it. Later, she dreamed that a student was injured in a fire accident at Yejimmong. Carrying a fire extinguisher, Hong Joo came to the location she saw in a dream to prevent the disaster.

She believes that she can change the future she saw in her dreams, Hong Joo began to forget the times when she gave up. “I want to be a little better today. I can change my dreams”, said Hong Joo back to being a reporter.

On the day of her return to work, Hong Joo felt a bit uneasy, but Jae Chan kept Hong Joo on his side and encouraged her. Hong Joo was touched by Jae Chan and said, “I cry because I have faith now! I feel relieved! That is the word I want to hear! That’s why I cried”, said Hong Joo while shedding tears. How Suzy will present Hong Joo as a reporter? Viewers wonder how she will solve problems in the future, and expectation for the next episodes has increased.