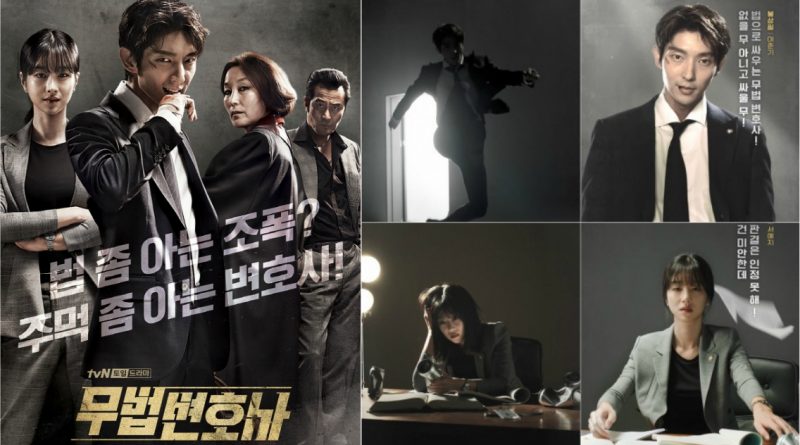 tvN’s newest drama ‘Lawless Lawyer’ is ready to air in 12 May.

The four main lead in the poster are Lee Joon Gi, Seo Ye Ji, Lee Hye Young and Choi Min Soo who seemed to be armed with each of their character charms. Lee Joon Gi play the role of Bong Sang Pil, a lawyer who uses his own way and fist instead of law to fight for the justice among the powerful.

Seo Ye ji will play the role of Ha Jae Yi, an ambitious lawyer that holds and believe in law principle. She was sitting and crossing her arms on her chest with an intense look through her eyes. She will play the role of a lawyer who seek for the truth behind the case and tried to fix the powerful people who wrongly use the law to rule.

Lee Hye Young looked completely tough and eye-catchy. In the drama, Lee Hye Young will hide the greed behind her dignity through her sharp look that showed off the arogancy of character Cha Moon Suk. She successfully gave an aura that tells she is the most powerful and she has dominated the city.

Last but not least, Choi Min Soo play the role of Ahn Oh Joo, an ambitious man who climbed up from the bottom as a gangster in fish market to the top as CEO in the drama. Just like the shadow on his face, he showed off the aura of brutality and the slyness that makes him a man who would do anything to fulfil his ambitions.