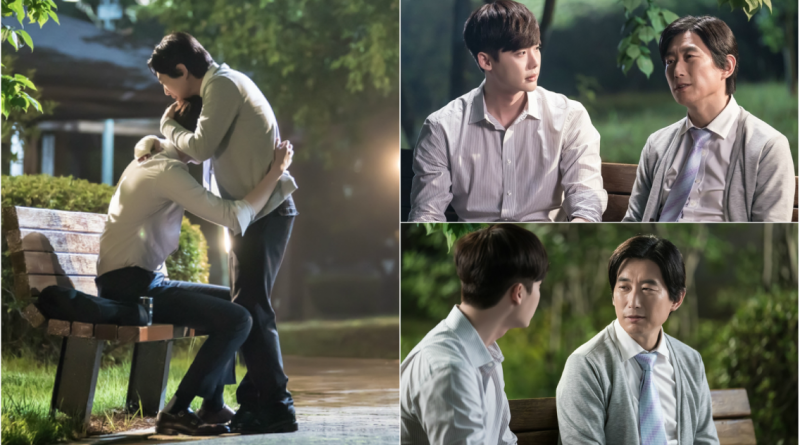 DRAMA
November 15, 2017 Ria K-DRAMA, While You Were Sleeping

SBS’s Wednesday-Thursday drama ‘While You Were Sleeping’ on the 14th released still-cuts of Jung Jae Chan (Lee Jong Suk) as the prosecutor who cried for knowing the identity of investigator Choi Dam Dong (Kim Won Ha).

In photos released before the broadcast, Jae Chan and Dam Dong’s relationship seems to change. Jae Chan looks at Dam Dong with tears in his eyes, and Dam Dong is staring at Jae Chan with dear eyes. Dam Dong gets up from his seat and hugs Jae Chan, and Jae Chan hides in Dam Dong’s arm like a child.

The ‘While You Were Sleeping’ production crew said, “Jae Chan and Dam Dong faced each other in their memories after 13 years. Jae Chan who found out Dam Dong’s identity will show his nostalgia with tears. We hope you can ensure their impressive reunion through this week’s broadcast.”