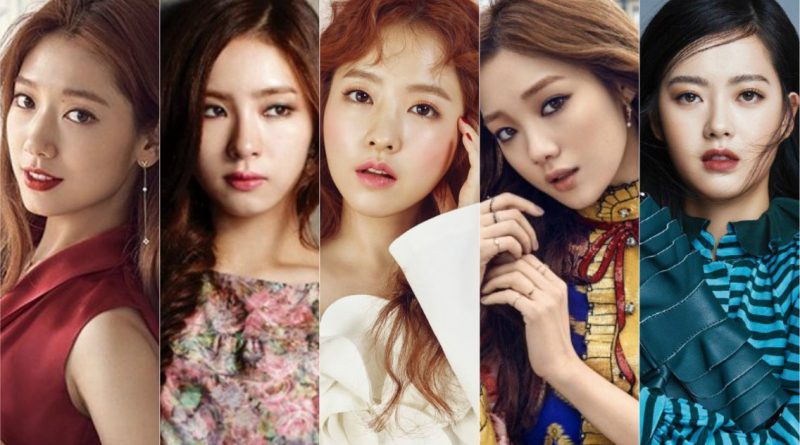 Park Shin He, Shin Se Kyung, Park Bo Young, and Lee Sung Kyung are beautiful South Korean-born actresses born in 1990. It is not easy to reach their current position. Before coming to this point, each of them has a different career path. Here’s the review.

Park Shin Hye was born February 18, 1990 in Kwangju, Jeollanam-do, South Korea. When Park Shin Hye was 6th grade, she was advised to audition as a singer at Lee Seung Hwan’s ‘Dream Factory’ music company by her English teacher. Then Park Shin Hye went to Seoul and auditioned. Park Shin Hye also started training as an actress, singer, and guitar player and keyboard. Her family moved to Seoul in 2001. In 2003 Park Shin Hye debuted as the lead actress in Lee Seung Hwan’s MV  ‘Flower’. In the same year, Park Shin Hye passed SBS drama ‘Stairway to Heaven’ audition and defeated 250 contestants. Park Shin Hye plays the young Han Jung Seo who is played by Choi Ji Woo in the adult version. The success of ‘Stairway to Heaven’ has raised Park Shin Hye’s name in the entertainment industry. But Park Shin Hye’s real popularity has only been made through playing the lead in SBS drama ‘You’re Beautiful’ in 2009. At that time she acted with Jang Geun Suk, Jung Yonghwa, and Lee Hong Ki. Park Shin Hye who was originally known as a little actress began to grow and play an adult character. Other dramas she starred in are ‘The Heirs’ and ‘Doctors’.

Shin Se Kyung is a South Korean artist who was born on 29 July 1990. Her first debut was when hse was 8 years old or around 1998 when she became the cover of poster for a solo album. Se Kyung gets a small role on “My Little Bridge” as the best friend of Bo Eun (Moon Geun Young). Because her performance on My Litte Bridge is quite impressive, she is finally believed to be acting in a horror movie entitled “Cinderella”. Then Se Kyung accepted the role as a younger version of Princess Cheonmyeong in the drama Queen Seondeok. Shin Se kyung’s name is widely known since acting in Korean sitcom drama High Kick! And in 2012 she starred in MBC drama, Fashion King, which makes her name increasingly shining. In 2013 she played the drama When Man Falls in Love with Song Seung Heon, But she received a lot of criticism for her role as Seo Mi Do whose character is passive. This year she starred in ‘Bride of Water God 2017’ and will play a role in the drama ‘the Black Knight’ with Kim Rae Won.

Park Bo Young was born on February 12, 1990 in South Korea with blood type O. Currently she is under Humane Entertainment agency. Park Bo Young debuted for acting in 2006. Her name became known since she played with Cha tae hyun in a comedy film that became the top and most hits in Korea in 2008 entitled ‘Speed Scandal’. For that, Park Bo Young finally got the best new actress award in 2009. In 2010, Park Bo Young was involved in a series of legal disputes with management films that brought her to lawsuit and could not work for several years. But now, Park Bo Young is back in the world of drama and film.

One of Korea’s most rapidly growing newcomer artists is Lee Sung-kyung. Just started her first acting in drama It’s Okay, That’s Love three years ago, this cute girl immediately became the hot topic among K-Drama lovers. Sung-kyung got a lot of spotlight in the year 2016 when she appeared in three mainstream dramas, namely Cheese in the Trap, Doctor Crush, and Weightlifting Fairy Kim Bok-joo. Born in Goyang on August 10, 1990, Lee Sung-kyung built her career as a model before becoming an actress like now. With a height of 176 cm and an average weight of 49 kg, she looks so proportional as a model. She had competed at the local Supermodel Contest in 2008 and occupied the 11th place, but she managed to bring home the Lex Prize. A year later she joined the Asia Pacific Supermodel Contest and finished fifth and took home the Unix Hair New Style Prize award.

Go Ah Ra or Go Ra was born on February 11, 1990. She was originally a model and singer under the agency SM entertainment after previously Go Ra got through an audition organized by the agency. It seems that her career in the Korean entertainment scene is better than in acting, as evidenced by the various awards she received. In addition, many of the drama series that ever starred this beautiful Korean artist role always get special attention in the eyes of the fans. The latest drama series is You re’all Surrounded aired on SBS. She has starred in many dramas. In the widescreen cinema, although still a young Korean artist, Go ah Ra has also been involved many times playing several roles. The Korean films include Papa and Peace maker in 2012. Her high body posture makes Go Ah Ra has a lot of male fans in various countries.