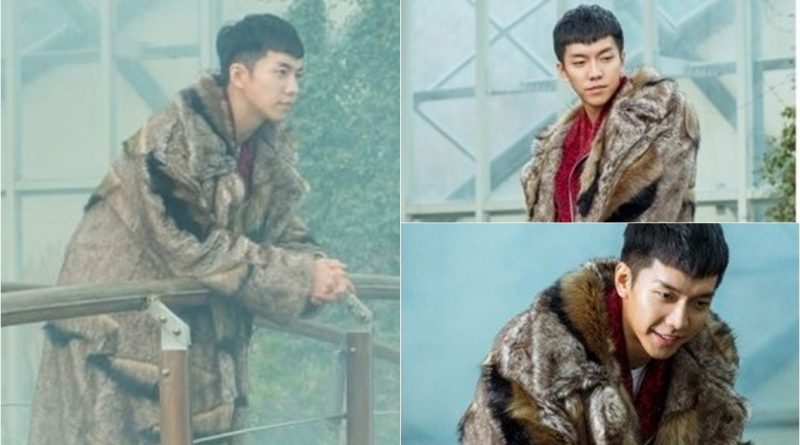 Lee Seung Gi ‘Hwayuki’ for the first time showing his appearance as Son Oh Gong. The Saturday-Sunday drama tvN ‘Hwayuki’ which aired on the 23rd, is a drama lifted from an ancient novel with elegant romantic exosrsism, depicting the adventures of Son Oh Gong and king Woo Ma. Lee Seung Gi transforms into Son Oh Gong and returns to the screen after 3 years.

On the 4th, Lee Seung Gi released the first scene cut that seemed to be thinking of something in the green house filled with plants. He was very remarkable when he received the title of Jechon Daesung with his strength and good buying art, but because of his arrogance, Son Oh Gong was sent to the human world.

Lee Seung Gi finally returns to the drama after so long, he showed a sense of tension. Using a fancy thick coat, Lee Seung Gi appears as the perfect Son Oh Gong and is praised by the staff.

Lee Seung Gi explained, “Shortly after reading the script ‘Hwayuki’ I think there is nothing better than this for the comeback. The manuscript from Hong Brother that describes something familiar from the West as a fantasy story, is very interesting and fun. I also think ‘Hwayuki’ starring the best actors with extraordinary character, please look forward to our chemistry.”