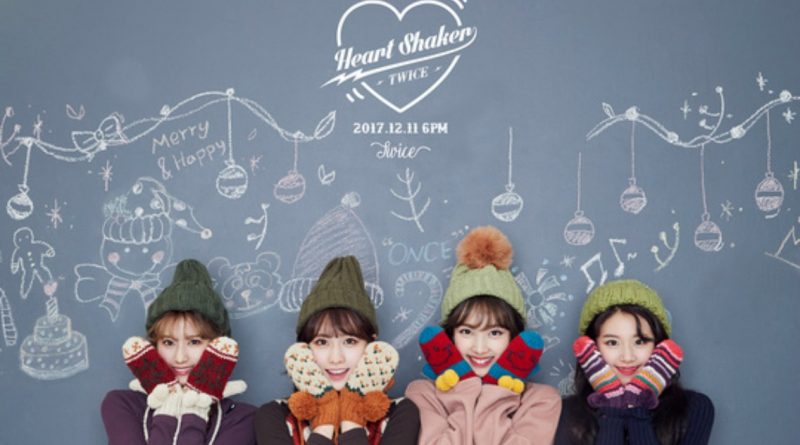 TWICE released the visual concept teaser for the song ‘Heart Shaker’ from their new album ‘Merry & Happy’ for the first time on the 5th.

Through this group and unit cut, the beautiful visual TWICE radiates very well and reminds us of the Christmas fairies. The beauty of the TWICE members shines in the box and shows itself as a gift. The unit teaser shows members with Christmas accessories such as hats, gloves and each member adds an accent of red and green scarf shawls that are identical to Christmas.

On the 11th, their first album ‘TWICETAGRAM’ was released, the title song ‘Heart Shaker’ from the repackage album ‘Merry & Happy’ scheduled for release during the Christmas season, consisting of 15 tracks including two new songs and their first regular album, together with the name ‘Merry & Happy’. In particular, Merry & Happy’s new carol song is a song whose lyrics are made by Park Jin Young, the CEO of JYP.

May 17, 2017 Tirta Comments Off on Korean Celebrities’ Investment Stories