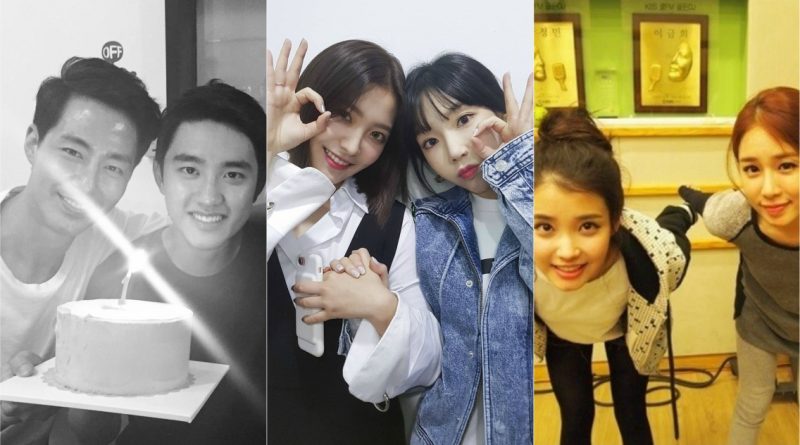 There are many big stars in the entertainment industry.

Among them, there are some friendships between Korean stars with age difference more than 10 years.

First is the friendship between senior and junior under the same agency namely Taeyeon Girl’s Generation with youngest member of Red Velvet, Yeri.


Both claim that they are soul mates even though they have 10 years age difference.

On the showcase of Red Velvet’s 2nd album last month, Taeyeon showed her affection by becoming the MC.

Actor Jo In Sung and D.O EXO showcase their close friendship despite having huge age gap.

Both of them played together in the SBS drama ‘It’s Ok, This is Love’, after which, D.O joined the actor group consisting of Jo In Sung, Song Joong Ki, Kim Woo Bin, and Lee Kwang Soo.

In the 38th Blue Dragon Film Awards event held last month, Jo In Sung represents D.O to receive the award of the best actor he received.

Both starred in SBS ‘Heroes’ which aired in 2010 and continue their friendship to this day.

They both went to Europe together without a manager and wore couple ring.

What’s more, IU made a song called ‘Your’ for Yoo In Na.