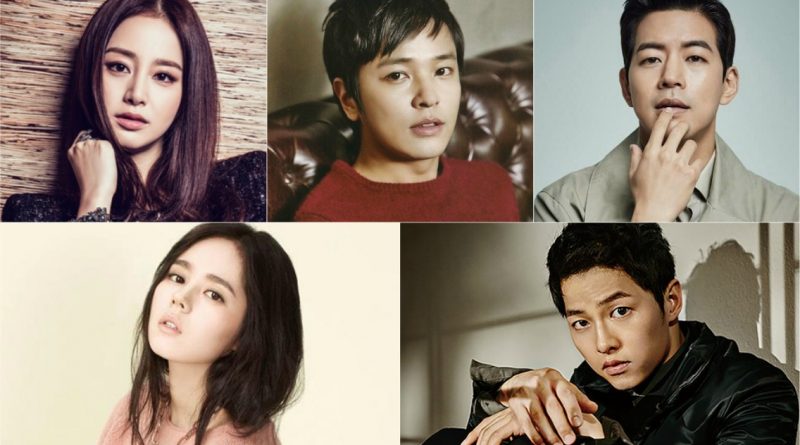 On December 12, the results of the admission test scores of the academic year 2018 began to be distributed, and attention was paid to the university entrance examination scores of entertainment industry star representatives.

Kim Jeong Hoon demonstrates his ability in math lessons. He published the book ‘Kim Jeong Hoon’s Math Essay’, with his remarkable ability, Kim Jeong Hoon said that he overcame the depression experienced in school with mathematics. At the university entrance examination, he earned a score of 380 and achieved the highest 0.02% rating so he was accepted in Seoul National University’s dentistry department. But he decided to stop and graduate from the department of theater Chung-Ang University.

Lee Sang Yoon is known as ‘Kim Tae Hee’s male version’ because of his outstanding academic ability, earning a score of 370 on university entrance exams and was accepted in the Seoul National University physics department. Since then, he has neglected his lecture because of filming, but Sang Yoon encountered many obstacles in the world of lectures, but he decided to go back to college and graduated after 13 years.

Another star is Han Ga In. Actress Han Ga In is one of Korea’s representatives who has good reputation with her studies. Han Ga In got a score of 384 at the university entrance exam and was accepted at Kyunghee University Hotel Management department.

Song Joong Ki who has become an Asian star with the success of drama ‘Decendants of The Sun’, also got good results in the exam. Song Joong Ki was an ice skating athlete when he became a junior high school student, then returned to an ordinary student. Eventually he earned 380 points in a university entrance exam and was accepted into the Sungkyunkwan University in business administration department.